An open public hearing for the 2018 -19 budgets for the City of Davis, Davis Municipal Authority, Turner Falls and other funds was held at 6 p.m. A story about next year’s budget will appear in a future issue of The Davis News.
Councilman Josh Oakley was absent from Monday night’s meeting.

Resolution #545 for FY 2018 -19 budget for the City of Davis, DMA, Turner Falls and other funds was approved.
Councilmen approved Angel, Johnston and Blasingame, P.C. will audit the 2017 -18 budget with fees being based on the actual time spent at the standard hourly rates not to exceed $13,500.

City Manager Tom Graham said the firm is still auditing the 2016 -17 year because of the online ticket sales for Tuner Falls Park. Properly done and caught up started audit now.

Declaring 209 South Eighth Street delapidated will happen after notice is posted in the yard and in The Davis News.
Graham said that after checking with the post office he found out the person receiving mail at this address had canceled their P.O. box some time ago. When checking with the Court House, the tax rolls list the same owner as the Post Office had for the address. The homeowner owes back taxes and the court house hasn’t made contact with the owner either.

City attorney Mark Melton asked Graham who owned the house and he didn’t answer. Melton said “I would like to see us publish notice and publish in the paper. We need to make another attempt to get in touch with them before demolition.”
The contract amendment for Myers Engineering was accepted. The project sat dormant for close to a year and when it was presented, councilmen requested changes to the project. These events changed the contract with Myers Engineering.

A resolution was passed for firemen to apply for a REAP grant for a truck chassis in the amount of $50,000. Fire Chief Michael Deaton was present and explained that this was needed to accommodate the weight limit of the equipment and firemen in the truck to be able to safely respond to a fire. Councilmen have to approve the resolution before firemen can apply for the grant.

Davis Police Chief Dan Cooper told councilmen that he was contacted by a business owner concerned about the amount of traffic coming into Davis on the east side of town. Several fatalities have been reported in the area and Cooper has been in touch with the Oklahoma Department of Transportation. He hopes to at least have a traffic study done in that area to have an adequate number of vehicles coming in and out of Davis.

Chief Cooper has submitted several years worth of traffic reports ODOT requested and is waiting on a meeting to go suggest changes for the area.
Stefanie Calistro, executive director of the Davis Chamber of Commerce, told councilmen that the Chamber meets on the second and fourth Thursday of every month. This Thursday’s meeting will cover Oklahoma liquor laws. The meeting on June 28 will be held at Air Donkey Zipline for a ribbon cutting to celebrate the new owners of the business. A ribbon cutting for GP Rents in Davis will be Friday at 11 a.m.

SummerFest is Saturday, June 30 at Wolf Field. Gates open at 5 p.m. and fireworks will start around 9 p.m. Calistro said that this year’s activities at Wolf Field won’t compete with area Fourth of July events. The Artesian will host and event on July 4 and Smokin’ Joes July Fourth events will be held the July 6 and 7.

Murray County Industrial Authority Director Melissa Pratt said that the hiring event held at Mac Trailers on June 1 and 2 went well. She said that over 100 people applied and that Southern Tech was pivotal in making sure the hiring event happened. Pratt said that a team from Southern Tech helped her with intake by making sure applicants had their application done, background check, some additional tests and welders did a welding test the day they applied.

Pratt was excited to announce that a hotel broker who had previously visited Davis will be making a second trip. She said that was very positive knowing they would be coming back to the area.

Graham told councilmen that with the bids on the Third Street Project being opened on June 21 that councilmen will not meet their deadline of having the project done before school started. Graham said that he thought the bid package said that the accepted contractor for the project had 45 days to start the project once their bid was accepted.

A total of 11 vacant lots or properties were presented to councilmen Monday night. Code enforcement officer Chipper Kirby said that because of varying reasons, including the property owner being deceased and ownership of the property never being transferred into another person’s name, the property owners haven’t been able to be reached. Leaving these yards to be reported to the City for code enforcement violations.

Melton asked that the properties be posted in The Davis News and notice of the violations be posted at the individual addresses. After that is done, then the City can move forward doing what needs to be done to bring the property into compliance.
In new business, councilmen approved an invoice for $6,000 for fireworks for SummerFest. Graham said he didn’t get the invoice until Monday and the fireworks had to be paid for when they were picked up. The invoice was approved.

Davis Municipal Authority
Turner Falls Park manager Billy Standifer said that income in the park is up on everything compared to last year. June cabin rentals are down. It was explained that this was not a figure of what was used in June, it was how many were reserved in June. Standifer mentioned that despite the fact online ticket sales are up, cabin reservations made for the rest of June, July and August are down compared to last year. He hopes to see an improvement in that area soon.

The next City Council meeting is Monday, July 9 at 7 p.m. 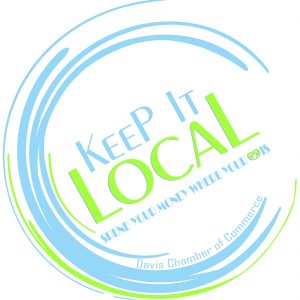 Pavers is the Chamber’s Business of the Month