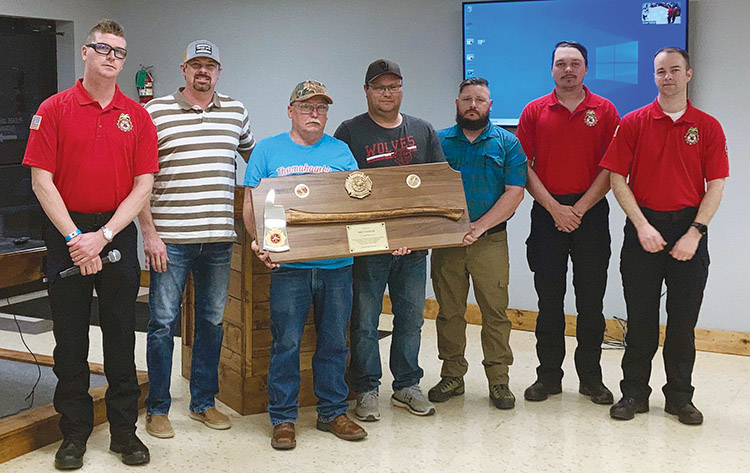 By Alisha Thompson
The Davis City Council met Monday night and began summary abatement procedures on 14 properties in Davis that have had code enforcement violations with the City of Davis.
What does summary abatement mean? Summary abatement means abatement of the nuisance by the municipality, or a contractor employed by the municipality, by removal, repair, or other acts without notice to the owner, agent, or occupant of the property, except for the notice required.
Many of the properties on the agenda for the Public Hearing that began the 6 p.m. monthly council meeting have been on the city’s radar since 2017. The council’s job was to determine if the properties listed should begin summary abatement procedures to continue the process of keeping the properties maintained (mostly mowed) and allow the city to begin collection procedures with the property owners for costs incurred during the process of dealing with the code violations for these properties.
Properties at 905 E. Davis, 208 South Ninth, 209 South Eighth, 609 E. Benton, Lot Behind Davis Inn, 602 E. Main, 506 West Ellis, 208 North First, 501 East Adler, 106 E. Chigley, 301 North B., 508 West Chigley, 209 Marvin Drive and three lots in the Golden Meadows edition on Highway 77 South were all given the green light unanimously by councilmen to begin 6 month summary abatement procedures.
Two property owners were present.
The owner of 501 East Adler expressed his desire to work with the city in paying the costs incurred with the pending demoltion of his property. Mayor Brian Davis asked the man to call city hall and ask for assistance in this process. City Manager Andy Holland assured the man he would work with him on a payment plan.
Heirs of the property owner for 208 North First Street told the council he would mow the property instead of the city mowing it.
Demolition is pending for 301 North B. Street after city officials found out there could be an issue with the property and the bank. City Attorney Mark Melton said that he was okay with going ahead with the summary abatement procedure but proper contact had to be made with the mortgage holder and bank for the mortgage holder before demolition.
Davis Fire Chief Dusty Parsons recognized Bert Curtis and Nathan Roady publicly at Monday night’s meeting upon their retirement from the Davis Fire Department.
Parsons said that both retired before he was named chief but was thrilled with the chance to get to honor them individually. Curtis served on the fire department from 1984 to 2020. Roady gave the department 22 years and was surprised with a chrome drip torch as a going away memento from the department.
David Chamber of Commerce Executive Director Monica Popkess welcomed new Chamber member Fat Bullys at the meeting and announced their March 26 Ribbon Cutting. She also announced a Poker Run Fat Bullys will host in June that will benefit veterans. April 4 the Chamber will assist with the City Easter Egg Hunt.
April 8 the Davis and Sulphur Chambers of Commerce will host a joint Chamber Banquet. Please see the Davis Chamber of Commerce Facebook page to nominate a Davis Business to win Small or Large Business of the year, a local civic group for the group of the year award and a deserving person for the Helen Webber Citizen of the Year award.
Davis Municipal Authority
Trustees voted unanimously to let the city manager engage in contractually sensitive negotiations with vendors at Turner Falls Park and Crossbar Ranch “including but not limited to term conditions and price with final approval of the Davis Municipal Authority.
Davis said that he thought this would be a good thing because the trustees usually do this and it turns out to be a long drawn out process before getting to the point of a contract with a vendor. Holland said that it was his job to help the vendor provide an interesting presentation and potential contract to the Davis Municipal Authority in a timely manner.

Owner of 777 Zip, Gary Fielding approached the group asking to put in another ride at the Look Out, The Zipper. The ride would have to be constructed and is similar to the Super Man ride at Six Flags where the rider sits in a chair and is quickly raised and lowered. The difference in this ride is that the rider can be 36 inches tall which would allow the some children that couldn’t ride the zip line the ability to ride this ride and it has a “strong man” feature that would allow someone swing a hammer on a device that would make the ride go up or down.
While, Holland was against the ride and made it known to Fielding in meetings prior to Monday night, Davis turned things around for Fielding when he said he thought the ride was a good idea. He said he’d voiced the need for something for visitors to do while waiting in line for Turner Falls and was in favor of a new attraction.
However, trustees expressed the need for contract modifications to be able to start on the new ride that would be owned by Fielding and a partner.
Fielding said that at the end of the three years the partner expressed the desire to offer the same or similar contract Fielding extended to the city regarding the zip line. When Holland asked questions about the partner and the contract, that was the end of the line for a frazzled Fielding. It appeared that the negative talks with Holland prior to the meeting and Holland’s vocal disapproval of the ride was too much for Fielding. Fielding said he didn’t want to do the ride anymore and left many in the room shocked when he walked out of the meeting.
Several said they felt Fielding was on the way getting the go-ahead for the ride after the meeting.
A new feature to the City of Davis’s website can help those that didn’t attend the meeting look over documents presented at Monday’s meeting. Visit the city’s website at www.davisokla.org. Go to the Govern tab and look under the Meetings, Agendas, Minutes and Documents tab, click on that tab and click the link below Meeting Documents. From there you will be taken to Davis, OK MuniDocs and you can search meeting minutes and agendas.
When you click on Agendas and Minutes you will find them from 2015-21. Starting with Monday’s council meeting the council packet and slide shows presented during the meeting are included.