Safe at home. Cody Caraway barely beats the tag at the plate on a passed ball in the Murray County Shootout on March 27. Caraway started the week on Tuesday with a walk-off RBI double to give the Wolves an extra-inning district win over Comanche.

By Shane Bennett
Davis notched a dramatic district win with last-inning heroics to start the baseball week on March 23. They would win their next game over Plainview as well, but dropped the last two games of the week to go .500 in four home games.
Davis 4, Comanche 3
After a Monday trip to Comanche was rained out, the Wolves played host to the Indians on Tuesday. The game went all the way to extra innings, where Cody Caraway used a walk-off double to plate the game-winning run.
Gavin Moore got the pitching start for Davis and had an up-and-down outing. On one hand, he struck out nine batters in his first four innings. On the other hand, he surrendered runs in three of the five innings he pitched.
Comanche got a free pass with two out in the first and then tallied back-to-back singles to turn it into a run. With two singles sandwiched around a stolen base and a wild pitch, Comanche went ahead 2-0 in the second. In the fifth, the visitors made it 3-0 with two more singles driving a run across.
Finally, in the bottom of the sixth Davis got going as Colin Dulaney hit a leadoff single to start a rally. After loading the bases, back-to-back RBI by Jeston Idleman and Lane Rawls made it 3-2, Comanche.
The Wolves were down to their last out in the bottom of the seventh when Dawson Fetty drew a two-out bases load walk to bring in Caraway for the tying run.
After five solid innings from Moore on the mound, Dulaney worked the final three, allowing no runs on just one hit with five strikeouts to earn the victory.
In the bottom of the eighth, Tanner Claxton coaxed a one-out walk. Then, as Caraway ripped a double down the left-field line, Laxton came racing all the way around from first and scored the game-winning run.
Davis 7, Plainview 2
Davis’ first game in the Murray County Shootout on Friday came against Plainview where Davis used one big inning to put away the Indians.
Plainview sandwich runs in the first and third innings, around two for Davis in the second and the game was tied, 2-2 going into the fourth.
In the bottom half, Davis sent 10 batters to the plate, erupting for five runs in the frame. Jake Parker’s double to left with the bases loaded was the highlight of a the rally in which the Wolves added three hits to three free passes to put the game out of reach for the visitors.
Mitchell Garrison pitched all five innings for the win, getting better as the game wore on. He didn’t allow a hit over the final 2-2/3 innings he worked and walked only one batter in the game.
Lindsay 7, Davis 2
The night-cap on Friday was a disappointing district defeat at the hands of Lindsay. The Leopards completed a district sweep of the Wolves with the victory, the only district losses for Davis so far this season.
Errors, walks a catchers’ interference led to three Lindsay runs in the top of the second. Consecutive errors were part of a two-run fifth for Lindsay which extended its lead to 6-2 and the Leopards plated their last run with three hit batsmen in sixth. Of the seven runs for Lindsay, only three were earned, but that still would’ve been enough to win, as the Wolves managed just two runs on three hits in the game.
Madill 12, Davis 2
Saturday’s game against Madill was just a struggle. Walks and errors led to five unearned runs for Madill as Davis surrendered nine free passes and committed three errors in the field. Madill scored in all four innings, using just six hits to drive in 12 runs. The Wolves managed just two runs on four hits in the game.
By the time the week was over, Davis was sitting on a record of 10-5, 5-2 in district play. Davis was set to host Tishomingo for a district double-header on Tuesday for its final games in the month of March. 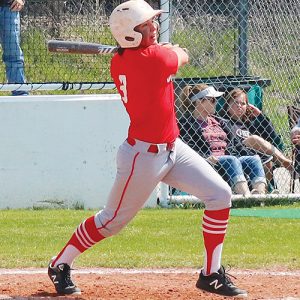 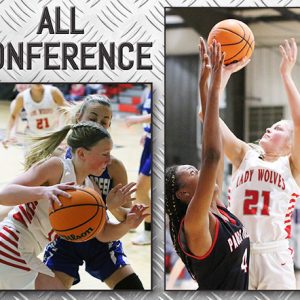 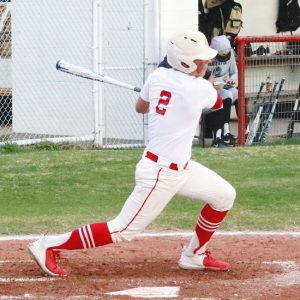 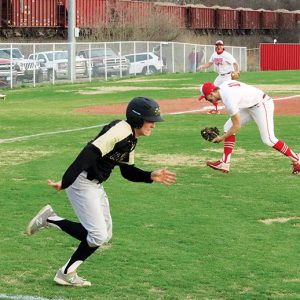 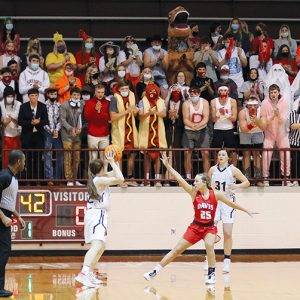