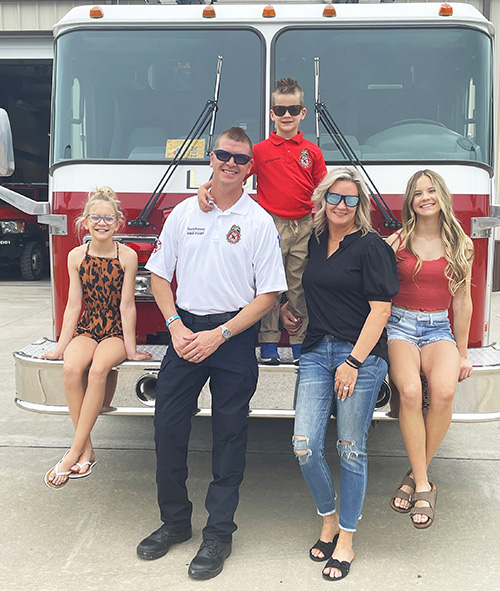 Fire family. When you’ve been a fireman as long as Chief Parsons, your family serves with you. Pictured with Chief Parsons (in white) are his children and wife (from left:) daughter, Kennedy; Chief Parsons, son, Case; wife, Sandy; and daughter, Cassidy. Case couldn’t be more proud of his dad wearing a tiny Davis Fire Department shirt (just like his dad’s) with his new nickname, Lil’ Fire Dude embroidered on front. Chief Parsons is the first paid Fire Chief for the City of Davis. 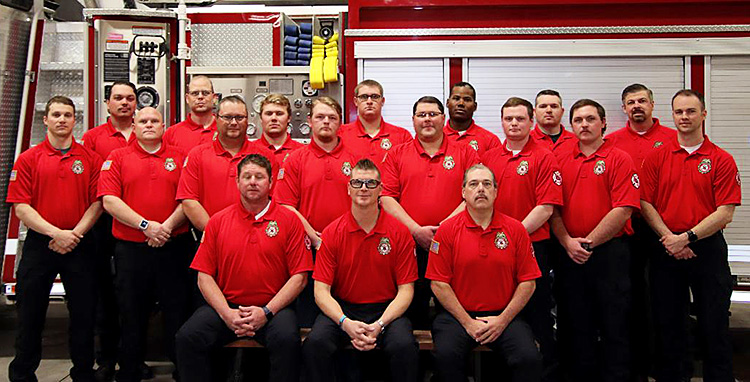 Hometown heroes. The Davis Volunteer Fire Department is made up of over 20 men that run Davis’s Volunteer Fire Department. This photo was taken in January as Dusty Parsons was named the Chief by his contemporaries at the department. Months later, Parsons made history as the the first paid Fire Chief for Davis. He began the job on his 41st birthday. 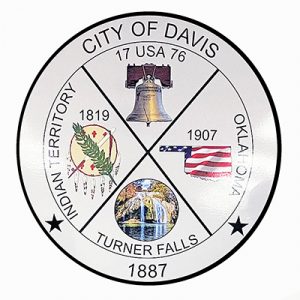 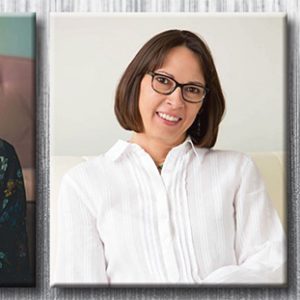