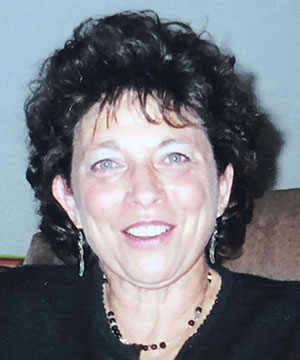 Services for Floy Clydean “Dean” Lusk were held at 10 a.m., Tuesday, June 22, 2021, at the Hale’s Memorial Chapel in Sulphur with Brother Mike Johnston officiating.
Dean was born Sept. 29, 1953, in Durant, Okla., to the late Floyd and Clyde (Harris) Stewart. She left this life on Thursday, June 17, 2021, in Sulphur, at the age of 67 years, 8 months and18 days.
Dean grew up in the Graham area prior to moving to the Springer area. She and her former husband Dennis Ray Cox were married in 1970. From this marriage was born two sons, Kevin and Danny. Later she married Louis Ray Lusk. They spent 39 years together, prior to his passing on July 7, 2019.
Dean spent many years working for Halliburton in Duncan and Davis. She later went to work for Murray County Rural Water District #1, where she spent several years prior to going to work for the Buckhorn Rural Water #2. Dean was still employed with Buckhorn at the time of her passing.
Dean enjoyed fishing, going to garage sales, sewing and working on her 30-acre farm. She cherished spending time with her family and loved to go on camping trips with Louis in the Rocky Mountains. Dean will forever be remembered as a wonderful mother, grandmother, sister, and friend.
Survivors include her two sons, Kevin Cox and girlfriend Donna Anhalt, and Danny Cox and wife LeAndra, both of Sulphur; four grandchildren, Dakota Cox and fiancé Sarah Arkeketa, Kaden Lovett and husband Corey, Ethan Cox and wife Bailey and Olivia Cox; one great-grandchild, Jewells Creed Lovett; one brother, Carl Stewart; three sisters, Opal Reid and husband Don, Ann Christian and husband Jerry and Myrtle Morse and husband David; and one sister-in-law, Betty Schwartz.
In addition to her parents and husband Louis, Dean was preceded in death by one brother, Rickey Stewart; sister-in-law, Linda Stewart; and the father of her two sons, Dennis Cox.
Services are “entrusted to” Hale’s Funeral Home of Sulphur.
On-line condolences may be offered at halesfuneralhomes.com.