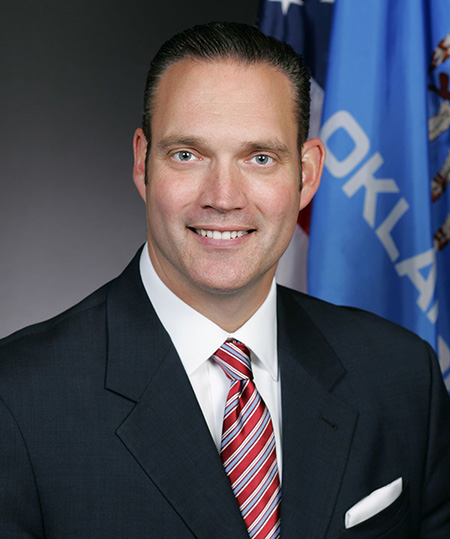 By House Speaker
Charles McCall
Members of the Oklahoma House of Representatives have stayed busy following the most productive legislative session in recent memory by returning to their districts to work with constituents on what comes next.
There is a lot of positive feedback on 2021’s truly comprehensive slate of legislative accomplishments from constituents here in House District 22. House members are reporting the same statewide.
Rather than rest on our laurels, though, we are planning what’s next. Constituents are telling us their priorities in our districts, legislators have requested more than 200 interim studies on a gamut of policy issues, a special session for federal redistricting will occur this fall, and legislation for next session is already being drafted.
Building on last session’s progress will be no small feat, but the group of men and women representing Oklahoma at the Capitol right now is more than up to the task. The proof is in the results from last session alone.
In just one session, the Legislature and Gov. Kevin Stitt cut taxes, increased education funding to the highest level ever, replenished state reserves, and took a strong stand against unwarranted federal government intrusion into Oklahoma’s way of life.
Schools and the rural way of life are two constant priorities I hear across Atoka, Johnston, Murray, Coal and Garvin Counties, and this session was a banner year for both.
Major improvements in education policy began with the ability to transfer openly between districts so families can find the best fit for their children. The Legislature also expanded the ability to direct private funds to public school districts and private school scholarship scholarships in order to leverage more private investment in education without use of state appropriations.
In response to strong citizen concerns statewide about the questionable land purchases for marijuana grow operations, we also acted swiftly to strengthen the state’s ability to crack down on improper land purchases by foreign nations in rural areas.
On top of the school and land ownership accomplishments, the Legislature continued an aggressive expansion of broadband internet across rural Oklahoma. We provided $42 million in state incentives for broadband buildout in largely rural, underserved or unserved areas. On top of that, pandemic relief programs will bring hundreds of millions of additional dollars into Oklahoma for broadband infrastructure in the very near future.
A group of House and Senate members will be helping deploy these funds alongside the Rural Broadband Expansion Council made up of all stakeholders in the broadband industry. By using this collaborative approach and building a statewide broadband infrastructure map, Oklahomans can expect expanded and improved internet in an efficient, sustainable manner in the near future.
The future looks bright. The strongest state budget I have seen in my years of service is now in place to build on next year, as the Oklahoma economy continues outperforming other states. The economic benefits of rising oil prices and tax cuts for all Oklahomans and businesses will be realized in next year’s budget and those to come, greatly enhancing the state’s ability to continue investing in the core services the citizens expect.
This was the ninth session the citizens of House District 22 have given me the pleasure of representing them in Oklahoma City, and the fifth session my House colleagues entrusted me with the honor of serving as Speaker of the House. It was, without a doubt, the most comprehensive session I have been a part of yet.
I am looking forward to a productive interim here in the district listening to you so your priorities can be brought back to the Capitol to be accomplished as Oklahoma builds on this year’s historic progress.
State Rep. Charles McCall, R-Atoka, represents House District 22, containing portions of Atoka, Garvin, Johnston and Murray counties, and beginning in 2023, parts of Coal County. He has also held the position of Speaker of the House since 2016.