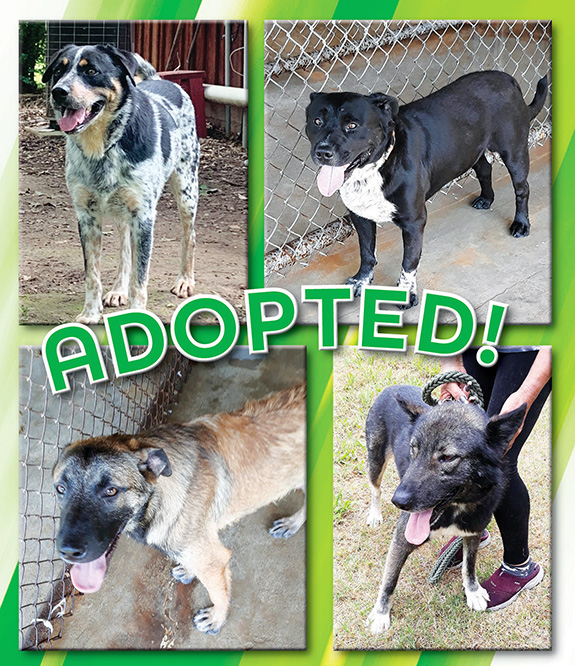 New homes. Several dogs from the Davis Animal Shelter were adopted over the weekend with the news of “no adoption fees” in hopes of finding the dogs at the Shelter new forever homes. The dogs that weren’t adopted were taken by a rescue group. City employees are planning for in depth repairs and a deep cleaning of the facility very soon. Those wishing to help the Davis Animal Shelter can volunteer through the City of Davis or join the Friends of the Davis Animal Shelter that will meet Thursday at 6 p.m. in the meeting room of Bad Boy Motorsports.

Questions about the Davis Animal Shelter surfaced on Facebook last week causing many to ask the question “how can I help?” Those wanting an answer to that question are invited to join the first meeting of the Friends of the Davis Animal Shelter Thursday night at 6 p.m. in the meeting room of Bad Boy Motorsports.
A representative from the Davis Animal Shelter will be available to speak about the needs of the shelter and opportunities to help. For more information please contact the Friends of the Davis Animal Shelter Facebook page.
Davis Police Chief Dan Cooper took to Facebook to address some of the questions last week letting people know first and foremost, that there would be no adoption fee for animals currently in the shelter. As of press time on Tuesday, all of the animals in the shelter had been adopted locally and the last three animals were taken by Little Voices Canine Rescue.
Chief Cooper said that it was time to do a deep cleaning and make repairs at the Shelter.
He clarified that donations are still being taken and asked that any toys donated to the shelter be hard rubber or chew toys. These toys are easy to sterilize. Soft or plush toys could cause health issues if the dogs ingest them.
Blankets are an issue because, they too, need to be sanitized daily and most of the dogs in the Shelter have never had them. So, they shred them. The Shelter is looking for donations of hard plastic beds/cots that are raised off the floor for the dogs to sleep on. Chief Cooper said they are easy to clean and can be used repeatedly.
Monetary donations are accepted at City Hall located at 227 E. Main for the Davis Animal Shelter. Please indicate that you would like your donation to go to the Davis Animal Shelter.
Volunteers are needed at the Shelter. Those wishing to volunteer can call (580) 369-3333 and ask to be transferred to the Police Department to speak with Officer Chipper Kirby.
Those with additional questions are asked to attend a Public Hearing on Aug. 9 before the City Council meeting where City Manager Andy Holland will address those with questions about the Davis Animal Shelter in a Public Hearing at 6 p.m.
This will take place before the Council meeting and Davis Municipal Authority meeting. The public is invited to attend the Public Hearing and they are invited to stay for the meeting. The council chamber is located at 308 S. Third Street.