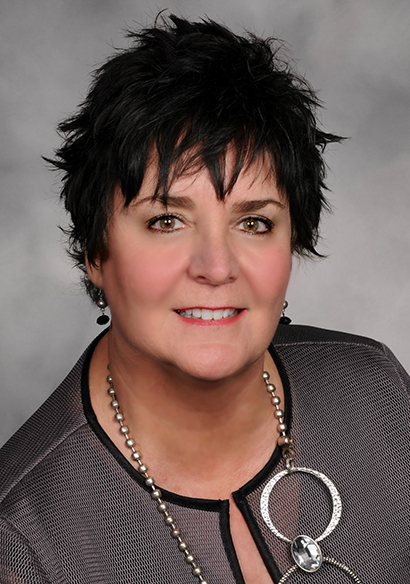 In a campus-wide email to faculty and staff on Aug. 6, 2021, Murray State College President Joy McDaniel announced her plans to retire. McDaniel was named interim president following the resignation of Dr. Noble Jobe and was elected by the Board of Regents as president in 2011.
McDaniel began her tenure with Murray State in 1982 as a faculty member in the business department. She was named department chair before becoming Vice President for Finance and Administration, a position in which she served for 17 years before being named president.
“Serving as president of Murray State College for the past 10 years has been an honor and a privilege,” said McDaniel. “One person can make a difference, but it takes the entire group working together to instill real growth and change. There is a fine group at Murray State College comprised of faculty, staff and administrators who give their all every day to make Murray the best it can be.”
Under McDaniel’s leadership many changes have been made to improve and update degree programs, student opportunities and campus facilities including the merger of the University Center of Southern Oklahoma with MSC, ultimately transforming Murray State College into the progressive comprehensive community college it is today.
“Her ability to work with members of the campus community, elected officials, fellow presidents, alumni, community stakeholders, and students has brought great rewards. She has successfully brought focus to our efforts of engaging students and promoting a future without limits,” said Board of Regents Chair Suzi Brewster.
“On behalf of the Board of Regents, I would like to thank President McDaniel for spearheading this effort and engaging the expertise of senior administrators to complete a visionary project that has positioned Murray and its students for great strides as we step into the future,’ said Brewster.
McDaniel’s visionary focus has been creating programs that will translate to employment opportunities in today’s marketplace.  She was instrumental in the creation of Murray on Main retail locations in Tishomingo and Ardmore, developing the concept as a way to provide student internships for business students, bringing energy to downtown areas, creating awareness for the college and providing an alternative revenue stream.
“It will be difficult to replace President McDaniel and her institutional knowledge and dedication,” said Brewster. “She is an asset to the campus community whose commitment to making college accessible and affordable for all has helped make Murray State the thriving institution it is today.”
“Over the next months, we will focus on the presidential search process to make this a smooth transition.  The board will release more details on the process as soon as they are finalized,” said Brewster.
Information on the search process will be posted on the college website at mscok.edu as it becomes available.  Contact Assistant Vice President for Advancement Amy Caskey at (580) 387-7146 or acaskey@mscok.edu for more information and/or nominations.
Upon retirement, McDaniel will hold the title of Murray State College President Emeritus. Her future plans include continued service on a number of community and state boards and the pursuit of personal and family interests.