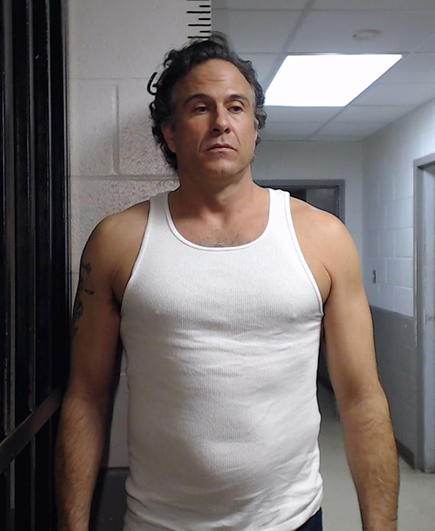 By James John,
Sulphur Times Democrat
A suspended Sulphur attorney remains in jail on a $1 million bond after allegedly assaulting a friend with a baseball bat, according to officials.
The alleged assault occurred on July 29 at the home of Timothy Lance, 49, in Sulphur, officials said.
Sulphur Police Chief Michael Plunkett said in a recent interview and on a News12 website that officials have been to Lance’s home multiple times with increasing number of calls over several weeks. Each successive call, he said, tended to be “a little more intense each time.”
Sulphur police went to Lance’s home a day before the alleged assault for a welfare check, Plunkett said, where they encountered a person who told them “to be careful because Lance had booby-trapped  the door with a
shotgun.”
According to Plunkett, police proceeded and found that the front door to Lance’s home had been booby-trapped so that anyone opening it would be shot.
Lance was not arrested that day (July 28), but police were again called to the residence the following day after his friend, who had alerted police to the booby-trapped front door, was hospitalized, Plunkett said.
According to Plunkett, the friend went to check on Lance at the request of a relative, bringing in pizza for the two to share, but the friend never made it past the front door before Lance allegedly assaulted him
with a baseball bat.
Plunkett said Lance called 911, telling dispatchers there was a burglar in his home, but a short time later, Arbuckle Memorial Hospital officials called saying they were treating an assault victim. According to the chief, Lance told them the friend had entered his home and woke him up and that’s when he started hitting the friend with the bat. “His demeanor was that he had used it out of anger rather than self-defense,” Plunkett said in the interview. “His statement was that if we came back tomorrow that we wouldn’t be responding to an injury
that we’d be carrying out a body bag.”
According to Plunkett, the victim was expected to live and that Lance admitted to authorities that there was no burglary.
According to filing documents, Lance struck the victim seven to eight times with a bat and made comments to law enforcement that he would kill the victim in the future.
Lance was charged July 30 in Murray County District Court with assault in a manner likely to produce death, a felony, possession of a controlled dangerous substance (methamphetamine) and obstruction of an officer, both misdemeanors.