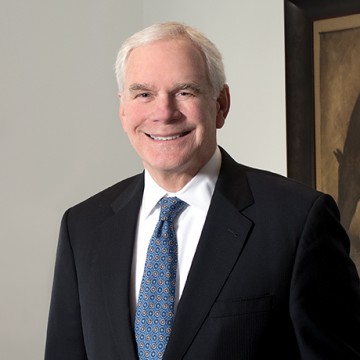 Attorney General John O’Connor announced the state will dismiss its appeal in the case against Shaun Michael Bosse after securing a major victory in the state’s case against him earlier this week on Sept. 3.
In addition to other McGirt-related cases already pending before the U.S. Supreme Court, Attorney General O’Connor plans to file more cases to either overturn or limit the McGirt decision in the coming weeks.
The Oklahoma Court of Criminal Appeals initially overturned Bosse’s death sentence conviction based on the McGirt decision. The Attorney General appealed the Bosse case to the U.S. Supreme Court and successfully obtained a stay from a majority of the justices.
In August, the state also prevailed in a case that ruled the McGirt decision cannot be used retroactively to throw out earlier criminal convictions. Tuesday, the Oklahoma Court of Criminal Appeals reinstated the Bosse conviction.
Attorney General O’Connor hailed the victory in the case against Bosse, who was sentenced to death for murdering a mother and her two young children.
“Public safety is my number one concern, and I will never stop fighting for justice for the victims of crime, such as the Chickasaw family murdered by Bosse,” Attorney General O’Connor said.  “Although the Bosse case has now been resolved, many other criminal convictions were overturned because of the McGirt decision. Each case is important to the victims of the terrible crimes at issue, so we will continue to appeal these decisions to the U.S. Supreme Court. Each appeal also presents the Supreme Court with an opportunity to overrule McGirt or limit its ongoing impact on the people of Oklahoma.”
The petitions currently pending before the U.S. Supreme Court to overturn or limit the McGirt decision include the following:
Arnold Dean Howell, who stabbed an elderly man 93 times in the course of a robbery;
Robert William Perry, who sexually abused his stepdaughter, a first grader, nearly every day for over a year;
Erik Sherney Williams, who shot and killed his ex-girlfriend;
Grant Jackson, who severely burned his son in scalding water as punishment for soiling his pants;
Matthew Steven Janson, who possessed child pornography of young girls doing sexual acts;
Jordan Batice Mitchell, who with co-conspirators, shot and killed a man while attempting to steal marijuana from the victim;
Floyd Joseph Ball, who kidnapped, beat, and repeatedly raped his ex-girlfriend;
Kadetrix Devon Grayson, who shot and killed two people; and
Devin Warren Sizemore, who drowned his 21-month-old daughter in a pond and attacked officers attempting to stop him.
“The McGirt decision may force many crime victims to re-live the worst moments of their lives or even see their abusers set free,” Attorney General O’Connor said. “Our recent victories in the courts mean that, for at least some of these victims, this can be avoided, and justice will be served.”