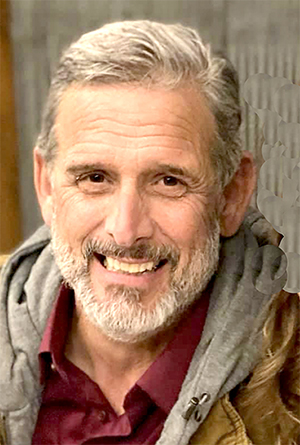 On Sept. 8, 2021, God took Doug into His arms with peace, He took away Doug’s pain, wrapped him in His arms and brought him home. James Lloyd Douglas Branch, known to his family and friends as Doug, was born to Ed and Bella Branch on Valentine’s Day, Feb. 14, 1963, in Scottsdale, Ariz.
Doug spent his childhood with his sister, Liz, and brothers Ed and Jared in Arizona, Oklahoma, Texas and Colorado. In 2004, after several years of living in California, Doug realized his dream of moving back to Colorado and opening his own business, High Country Repair.
In 2014, the family almost lost Doug in surgery, but God saw him through it and Doug took God back into his life and started a new one, walking in faith with God. Doug was a man of honor, pride and loyalty who enjoyed hard work, as well as, having lazy days to just enjoy life and his family.
He enjoyed spending his days laying on the couch snuggling with his wife and three children, going fishing with his son, and taking drives in his brother’s Jeep. Doug loved his family and was so thankful that he finally had a family and knew what true love was. This meant more to him than anyone can put a price on, and he was so grateful for those moments and every person that was a part of those memories.
Doug leaves behind his loving wife Natasha Branch; three beautiful children Jacey, Jabrey and Kolby; mother Bella Howell; sister Margaret Elizabeth Branch McClure (Wayne McClure) and nieces Ryen Ramon (Brian) and Kalli McClure and great niece Endy Ramon; brother Jared Howell (Dawn Howell) and nephews Logan and Garrett; niece Laci Branch Robertson and grandnephews BJ and Dayton Robertson, and Nash Norris and sister-in-law Mary Lou Branch.
Doug was preceded in death by his father William E Branch II, stepfather Shorty Howell, his brother William “Eddie” Branch III and nephew James Matthew McClure.
Doug will forever be remembered by so many of his special friends and all the lives that he touched in such a special way. A celebration of Doug’s life will be held Friday, the 24 of September, 2021 at 4:30 p.m. at 6855 Blue Bird Lane, Pueblo, Colo. 81004.
A celebration of Doug’s life was held Tuesday, Sept. 28 at 1:30 p.m. at the First Free Will Baptist Church located at 1222 West Oklahoma.