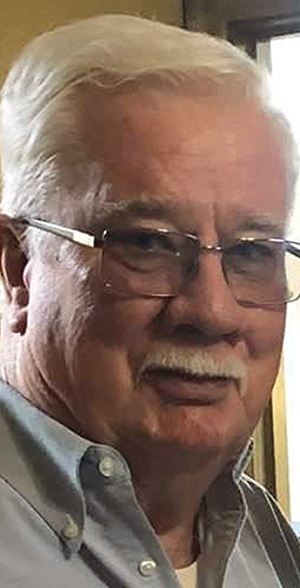 Robert Charles Cowan was born March 13, 1948, in Ardmore, Okla., to Roy and Thelma Louise Pritchard (Dollar-Cowan-Stevens). As a child, Robert moved to Davis, Okla., where he resided until he moved in 1962. He attended Davis Schools and graduated in 1967. He attended Murray State College before joining the United States Air Force in 1967-70 where he served in Thailand and Korea.
While in the service, he married his first wife Nancy (Bailey) in 1968 and lived in Amarillo and Del Rio, Texas, Alexandria, La. and Pagosa Springs, Colo. During this time his five children were born: Shannon, Justin, Brandon, Nathan and Robin. After the service, he went to electrician school in Shawnee, Okla. and was a member of the International Brotherhood of Electrical Workers and a mason.
Robert traveled several states with his IBEW jobs and met his wife Margaret Jennifer Cowan in Austin, Texas, where he resided from 1984-2021 when he passed from this earthly life to his heavenly home on Sept. 5. He was blessed with daughter Meredith (Cowan) Hartmann and adopted son Kyle Cowan.
Robert was a quiet man and homebody who loved reading, watching the news, gardening and babysitting granddaughter Kaci, whom he affectionately called “Scarlet” for her sass and red hair. He loved his dogs Spinner and Coco and found solace in music of past great. He was very proud of all his children and made sure that he never missed sending his grandchildren and great grandchildren birthday and Christmas cards with money.
Preceding him in death were parents Roy Cowan; and Steve and Louise Stevens. He is survived by his wife Jennifer of Austin, Texas; brothers, Roy Cowan and wife Rita of Oklahoma City, Okla., Joe Cowan and wife Debbie of Davis, Okla.; first born daughter, Shannon Langley and husband Darren of Springer, Okla., son, Chaplain Major Justin Cowan and wife Melanie from Pagosa Springs, Colo., son, Brandon Cowan and wife LaChelle of  Sulphur, Okla.; son Nathan Cowan of Sulphur, Okla.; daughter, Robin (Cowan) Netzel and husband Chris of Windsor, Colo.; son, Kyle Cowan and wife Stephanie of Dripping Springs, Texas; and daughter Meredith (Cowan) Hartmann and husband Cory of Buda, Texas; eighteen grandchildren; six great grandchildren; five nephews and a niece.
The family celebrated his life Sept. 11 at his home in Austin, Texas.