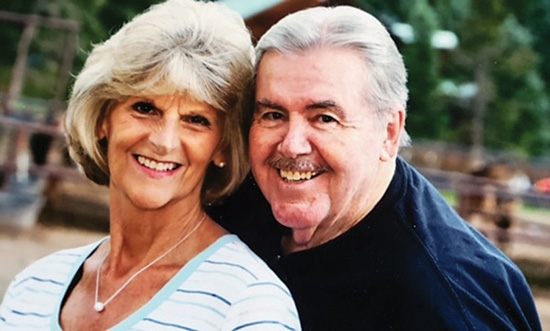 Brother Tony Randol is now the indefinite interim Pastor of First Baptist Church of Davis.
Bro. Randol comes to First Baptist Church after his recent retirement as Pastor of West Liberty Baptist Church in Quinton, Okla. Prior to that, Bro. Randol served as Associational Director of Missions for San Bois Baptist Association which covers the area of Haskell and Latimer counties here in Oklahoma.
He has served in the ministry for more than forty years. Bro. Randol is married to Dale Carol Randol and together they have 5 children and numerous grandchildren. Both he and Mrs. Randol had previous marriages in which they both lost their spouses in death.
Mrs. Randol says the Lord brought them together in order that they could serve the Lord in continued ministry both through pastoring and missions work. They have done numerous mission projects in Uganda. Africa, Nicaragua, Mexico, Alaska and Colorado and plan on future mission projects after the Covid-19 pandemic subsides.
In the meantime, Bro. Randol is excited to be at First Baptist and looking forward to meeting, ministering and serving the people of Davis and the surrounding area. He warmly invites you to attend their services at 11 a.m., with Sunday School at 10 a.m. and Wednesday nights at 6 p.m.
The church has recently started a children’s program called Gospel Project with a  meal at 5 p.m. on Wednesday.
Area children are invited to attend. The Randols are looking forward to meeting you in weeks to come.