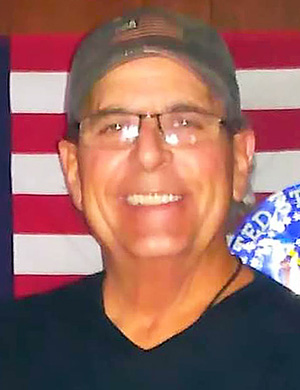 Jackie Gayle (Jack) Windham was for July 31, 1955, in Wynnewood to Gayle W. Windham and Lois Rachel (Highnight) Windham.
Jack flew into the arms of our Heavenly Father peacefully on Oct. 3, 2021, at the age of 66 years, 2 months and 2 days.
Jack married his “Baby” Kathy Dawn Summers on May 21, 1995. His job was loving her, his children, grandchildren and serving everyone like he knew Jesus wanted him to.
Jack didn’t meet a stranger. He was a proud graduate of Davis High School Class of 1973. An avid Davis Wolf fan. He loved all sports, football, baseball, golf . . . . OU and a Boomer Sooner fan. His favorite pastime was anything Kathy wanted to do, fish, kayak, anything with nature.
He let everyone know how blessed he was by his 4 sons, 2 daughters-in-law and 7 grandchildren.
His wife and family have complete peace with his departure to his final resting place with God riding his “winged” Harley. Jack’s request can be summed up by one word, love.
He was constantly helping where he could. His level of kindness and forgiveness could not be measured. Even after he passed, he continued to help others by donating his Earthly body.
He leaves behind his loving wife Kathy; sons, Michael S. Windham of Norman and daughter Beth Bennight; son Gayle E. Windham and wife, Cristi; Matthew R. Carter, Mkinzie (Mac) D. Windham both of Davis; grandchildren: Jamison, Aiden, Gracyn and Rowan Windham; Elizabeth, Oliver and Clayton Windham; Jack’s sister and brother-in-law: Janet “Clynell” Lanny Freem; Mike and Tammie Ganzer of Aubrey, Texas; and Charlie and Heather Summers of Sulphur; and numerous nieces and nephews.
Proceeding Jack in death: his mother and father, brother, Raymond McLaughlin and sister, Dorsie Tice.
A Celebration of Life will be held Saturday, Oct. 16 at 11 a.m. at Green Hill Cemetery in Davis. 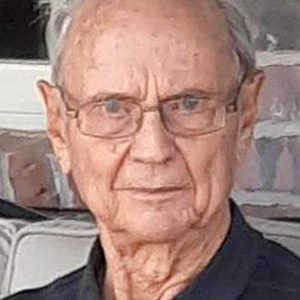