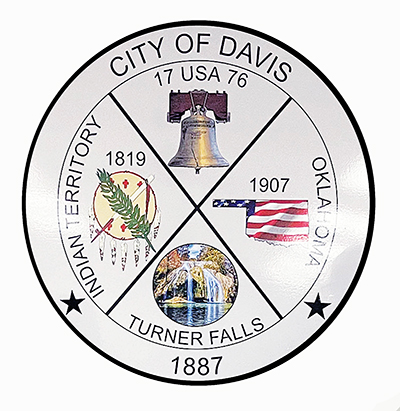 The City of Davis will host a Town Hall Meeting Monday, Jan. 31 at 6 p.m. regarding raising water rates and sewer rate changes inside and outside of the Davis City limits. The proposed increases will take place over the next three years and will be up for the Davis City Council to vote on in the February council meeting.
The proposed rate increases in three phases could look something like this (on the low end of water use:) Phase one: 97% rate increase; Phase 2: 97% rate increase and Phase 3: 121% rate increase. Bringing someone’s average water bill of $26.75 to $59.00 in three years. These documents can be found on the City of Davis website at www.davisokla.org, under the Govern tab and under the Meeting Documents tab.
Councilman Clint Grinstead said that he’s ready to get out of the red when it comes to city finances but wondered if the rate increases would be feasible for Davis residents to continue to pay.
This is not including sewer rate increase that could see 192%, 13% and 12% for inside city limits and 233%, 12% and 11% for outside of city limits.
Multiple recommendations were suggested, it’s now up to the City Council.
In September 2020, City Manager Andy Holland looked into past water rate increases with the last one taking place in 2011-15. Holland said these are the water rates he could find and admits there may be other increases. “At the time my anticipation was that we would drastically have to increase our water rates, to the degree I reached out to Oklahoma Rural Water Association for assistance,” Holland said.
Mark Masner with Oklahoma Rural Water Association came up with the total cost $973,944 to produce water for the City of Davis at the plant, not counting the distribution or maintenance of the lines. The City is not breaking even on production or billing. This is leaving around $180,000 shortfall.
Masner said that he figured in additional data for the rate including insurance costs for employees and employee benefits, raising the figures.
Information included in this proposal for a rate increase operating revenue; affordability index, average bill for residential customers for 5,000 gallons (measuring criteria) divided by monthly median household income times 100 ($3,898); and debt to income ratio, showing the percentage of income used for debt payments.
Masner told Mayor Brian Davis that Oklahoma cities do not go into the red every month when it comes to water production. “That’s what prompted this when we started putting the numbers together,” Masner said. “You were going into the hole every month. When I talked to Andy I realized Turner Falls was basically supplementing a big part of your infrastructure here in town instead of it taking care of itself.”
Masner said that not only was the city not paying for the cost of water production but it wasn’t providing a source of income to repair and sustain current and degrading infrastructure.
Oklahoma Rural Water Association has proposed three phases and Masner said that he suggests phasing this plan in over the next three years so the city can be at Phase 3. The Oklahoma Water Resources Board requires that the City be financially solvent, this water rate increase will make that happen according to Masner. “You want to become as sustainable as possible,” Masner said.
Rate increases for inside the city limits could take place as soon as possible. On July 1, the first phase of this increase could be in place for Rural Water according to Holland.
This information can be viewed on the City of Davis, Okla. Facebook page and the content of this agenda item can be viewed in its entirety through 1:08 minutes of the video.