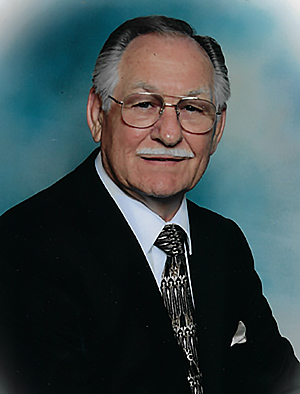 Vernon Earl Carr, affectionately known as “Pastor” to some; and “Preacher” to others, was born in Higden, Ark., on Oct. 4, 1936, to Jesse and Opal Carr. On Feb. 1, 2022, at the age of 85, he formally changed his address to Heaven in order to spend eternity with Jesus Christ, his Lord, savior, provider, protector, deliverer and friend.
At around seven years of age, Vernon’s parents, Jesse and Opal Carr, moved to Shafter, Calif., where he was raised in a church environment. At the age of 17 he left for Bible College in Gilroy, Calif. and, upon graduation began traveling throughout the states ministering in word and song. He pastored many churches and served as District Youth President for over 72 churches in the Pentecostal Church of God Southern California District. Vernon received the prestigious Entertainer of the Year Award for the Southwest Region of the United States from the Country Gospel Music Association (CGMA) and was known as “The Golden Voice.” Vernon served as CGMA National Ambassador, promoting excellent country gospel music for the glorification of God.
Vernon was known for having a “pastor’s heart.” Over his 63 years in the ministry, his recent pastorates included four churches in California: Hope Temple in Taft; Hope Center and Hope Christian Center in Bakersfield, and Jesus Saves Church in Shafter. Hope Christian Center was known as “The Singing Church with the Singing Pastor” where he also hosted a weekly television program called “Glory Jamboree.” Following his move to Oklahoma in 2005, he accepted the senior pastorate of the Pentecostal Holiness Church in Davis, Oklahoma, where he’s served as senior pastor, associate pastor and music director until he met his Master.
Vernon is survived by his beloved wife: Joyce, of the home; sister: Virginia Nixon of California; sister: Joyce Beck of South Carolina; son: Timothy Carr of California and daughter Alissa Ehler of California. From these blessings have come six amazing grandchildren: Matthew, Rikki, Nichole, Jessie, Steven and Shane. Vernon is predeceased by his parents, Jesse and Opal Carr.
His Celebration of Life Service will be held at the Davis Pentecostal Holiness Church, 201 South Second Street, Davis, on Thursday, Feb. 10. Rev. Billy Staggs will be officiating the service. Condolences to the family may be sent in care of Angie Staggs, P. O. Box 793, Davis, OK 73030.
Services are “entrusted to” Hale’s Funeral Home of Davis.
Online condolences may be offered at halesfuneralhomes.com.