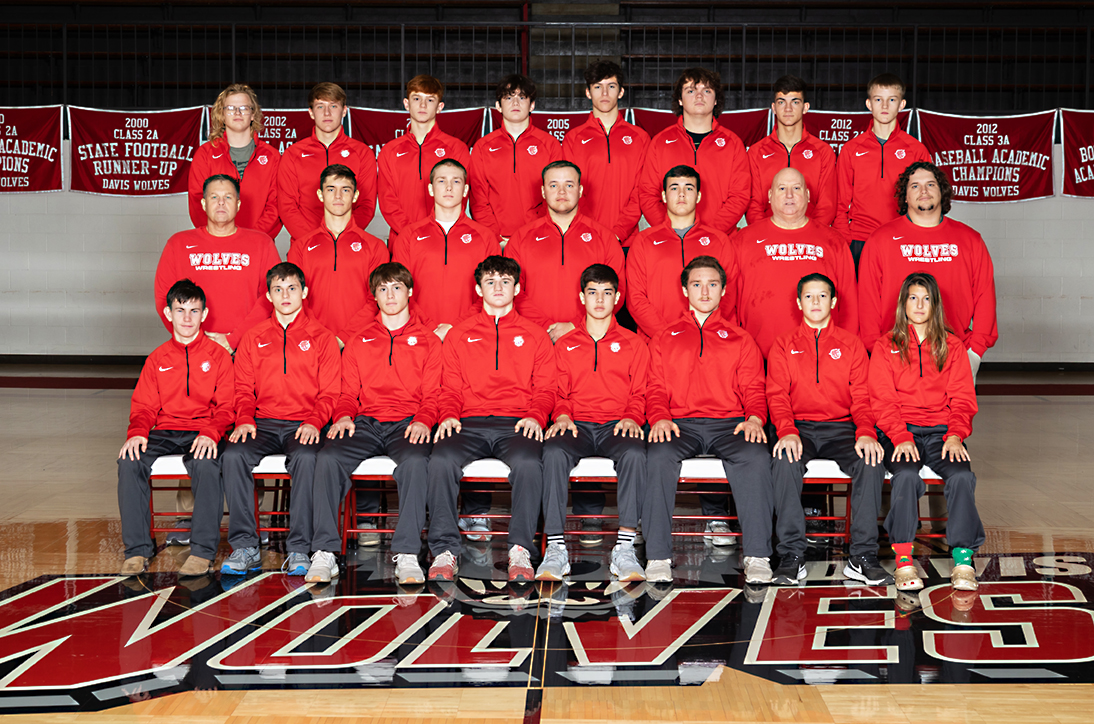 The Davis wrestling season came to an end last week at the regional tournaments. Several Davis wrestlers won multiple matches and three even placed in the top six, but none of the boys or girls qualified for this weekend’s state tournament.
Girls Regional
Jaylee Jennings traveled to Noble to represent the girls’ team on Monday and Tuesday. Her regional tournament saw four times as many entries as the 2021 tournament. Girls from all classes were split into two regionals with the top five advancing to state.
Jennings won two of her four matches was unable to medal or qualify for state in the 107-pound bracket.
“The girls tournament was really tough this year,” said Davis head coach Gene Bennett. “There were at least four state champions that had to fight their way through the back side of the tournament just to make it back to state. Jaylee wrestled great, just not good enough to go to state.”
Boys Regional
Once again, the Davis boys traveled to Plainview Feb. 18-19 for the 3A West Regional tournament. Davis had six wrestlers within two matches of the state tournament and three within one match, but none of the three managed to pull of the upset they needed to medal.
“Our guys wrestled hard and wrestled well, but all three of them needed to beat guys who have already beaten them this year in order to get in,” Bennett explained after the tournament.
Jake Britt won three of his first four matches to reach the consolation semifinals at 138-pounds. Unfortunately, he lost both of his final two matches to finish sixth, just outside of qualifying for state.
Ethan Crowe and Cade Shackelford of Mill Creek did the same for the Wolves. After an opening round win at 132, Crowe lost his second match and moved to the consolation bracket. He then pinned a Pawnee wrestler and defeated a Sulphur opponent, 7-4 to reach the consolation semifinal. Just like Britt, though, Crowe lost each of the next two matches to take sixth place.
Shackelford made a good run at the medal stand in a stacked 220-pound bracket.
All three sixth-place wrestlers will serve as alternates at the State Tournament on Friday in the unlikely event that another wrestler that placed ahead of them is injured or ineligible before the tournament begins.
Outside of the three sixth-place wrestlers, four other Wolves won matched during the event. Kavan Bolding went 2-2 on the weekend in his final Regional Tournament at 170. Troy Bullman also rounded out his senior season with a win and two losses at 126. Haiden Bridges and Lane Rawls also went 1-2 at 145 and 182, respectively.
Unless one of Davis’ alternates gets a rare chance to compete at State, the Wolves’ season is over. With seven seniors graduating, Davis will have a lot of holes to fill, but the team also has a good freshman class and junior high team to fill it from next. The future is looking up for the Wolves’ wrestling program.