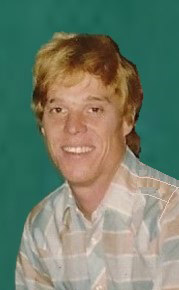 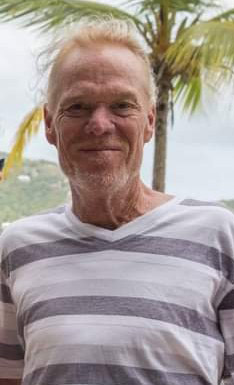 • James Baldwin Howell was born on May 8, 1956, in Pauls Valley and passed away on March 22, 2022, in his house west of Davis. His parents were Tom “Peachy” Howell and Mary Irene (Pyle) Howell of Davis.
James, known as “Jim” or “Jimmy” to his family and “Red” or “Booger Red” to his Davis friends, graduated from Davis High School in 1974. After having a great time at OU for two years, and then working for a couple of golf courses and discovering he loved growing grass, he earned an agronomy degree from OSU in 1982. He then embarked on a career of golf course management. He worked at courses such as The Golf Club of Oklahoma in Tulsa, Las Colinas in Dallas and Marlborough County Club in Laurel, Md. He finished his career at Dornick Hills in Ardmore, retiring in 2016.
Jimmy was an expert pool player and hilarious storyteller. He also loved to drink Busch beer, to read science magazines and talk about the latest scientific discoveries, and to watch Westerns on TV (despite the funny story he related about his childhood, when his TV-hating mother would often turn off the TV after about 30 minutes and say, “That’s enough of that!”.) The last two decades of his life, Jim lived in his grandparents’ old house on his family’s land in the Arbuckle Mountains, where he entertained visitors (who really were entertained!), hit golf balls, fished, gave guided tours of the quarry lake on his trolling-motor-powered barge “The “Flotilla”; and rode around on his four-wheeler with his dogs Harley and Rowdy following him. He also gave devoted care to his girlfriend, Sandra Matson, during the last years of her life.
Jim considered himself fortunate in having been able to travel quite a bit, to places such as Hawaii, all over the US, the Caribbean and Europe. He had many good times with the lifelong friends he made in Davis, Norman and elsewhere. After his cancer diagnosis, he said he had no regrets, and said he thanked God for letting him live as long as he had. He greatly appreciated all the cards, prayers and good wishes he received during his final illness.
Jim was pre-deceased by his parents, Tom and Mary, and his brother Curt. He is survived by his sister Eleanor of Davis; his brother Lynn of Edmond; nieces and nephews Mary, Julia, Joe, Thomas and Elizabeth; and many cousins. Jimmy did not want a funeral because he did not want people being sad, but donations in his memory can be made to your favorite church, charity or pool hall.