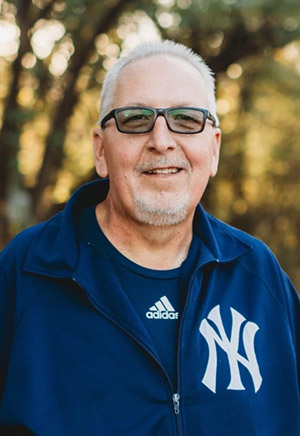 • Funeral services for Virgil Betterton, II will be held 2 p.m., Thursday, March 31, 2022, at Crossway First Baptist Church in Sulphur, with Pastor Bobby Allison officiating. A private burial will be held later at the Oaklawn Cemetery in Sulphur.
Virgil was born Jan. 12, 1964, in Hutchinson, Kan., to Virgil “Pete” and Carolyn (Pippen) Betterton. He passed peacefully, surrounded by his family, on Saturday, March 26, 2022, in Sulphur, at the age of 58 years, 2 months and 14 days. Virgil and the former Ms. Cathy Gulla were united in marriage on Nov. 7, 1992, in Wynnewood. They made their home in Sulphur for the past 30+ years, where they raised their sons.
Virgil moved to Davis at the age of five. He attended Davis Public Schools, graduating from Davis High School, Class of 1982. While in high school, Virgil was a star athlete, playing football, baseball and basketball. This early found love for sports continued throughout his life. He played on and coached countless teams during his life. Although he loved baseball, his game was truly softball, which he continued to play for 35+ years. His love and devotion for kids led him to coach little league teams in Davis and Sulphur for 20+ years. His love for baseball spilled over into the lives of his two sons, which he proudly coached as well.
Virgil was instrumental in organizing the Oklahoma Angels Softball team, the Yankees Baseball team, and the Sulphur Red-Hots Softball team. These teams traveled abroad playing tournaments, and he was always right there leading the teams to victory after victory. In addition to softball and baseball, Virgil was an avid fan and enthusiast of race cars. For many years he had his own racecar, which he loved driving.
Virgil was a very active member of the Compassion Church in Sulphur, where he enjoyed helping win others to Christ.
Survivors include his beloved wife, Cathy; two sons, Skyler Betterton and wife Blakely of Sulphur, and Maddux Betterton and girlfriend Lindsey of Norman; two granddaughters, Adalie Grace and Alexis Jayde Betterton; father, Pete Betterton of Madill; brother, Ronnie Betterton and wife Julie of Mill Creek; two sisters, Becky Betterton of Madill, and Denise Ford of Hobe Sound, Fla.; as well as numerous nieces, nephews and close friends.
Virgil was preceded in death by his mother, Carolyn; and one brother, Vince Betterton.
The family will receive friends from 5 to 7 p.m., on Wednesday evening, March 30, 2022, at Hale’s Funeral Home in Sulphur.
Services are entrusted to Hale’s Funeral Home, of Sulphur.
Online condolences may be offered at halesfuneralhomes.com. 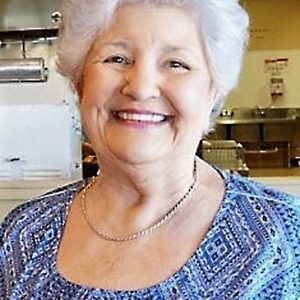