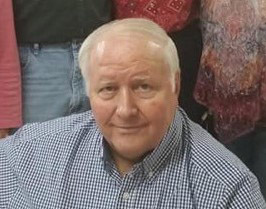 Donald Wayne “Don” Carter was born Dec. 11, 1944, in Wynnewood to the late John and Molly (Sadler) Carter. He died on Wednesday, April 6, 2022, in Sulphur, at the age of 77 years, 3 months and 26 days. Don and the former Ms. Kay Hatcher were united in marriage on Oct. 12, 1968, in Daisetta, Texas. To this marriage was born one son, Nathaniel Don “Nathan” Carter, who preceded Don in death on March 2, 2005.
Don grew up in Davis, graduating from Davis High School, Class of 1963. After high school, he enlisted in the United States Navy. Following four years of service to his country, Don attended Texas Bible College in Houston. In October of 1970, he returned to Davis, where he was blessed to begin his ministry with the Calvary Tabernacle United Pentecostal Church of Davis, following the steps of his grandfather. Don served as pastor of the church for 42 years, retiring in 2012, due to his failing health.
In addition to his ministry, Don earned a master’s degree in Special Education from East Central University and later earned his Principal certification. Throughout his career in education, he taught and served as principals at schools in Oklahoma and Texas, with 12 years of that time in Davis. Other schools he was associated with include Earlsboro, Walters, Prosper, Texas and Azel, Texas.
Survivors include his wife, Kay; one brother, Ted Carter and wife Dianna of Rock Port, Texas; three nieces, Wendi Rineer, Cendi Friends and Debbie Carter; as well as numerous cousins on the Carter and Sadler sides of his family.
In addition to his parents and son, Don was preceded in death by his mother-in-law, Fern Ruth Grimh, brother-in-law, Karl Hatcher, and one of his most favorite cousins, Jackie Don Sadler.
Funeral services were held at 2 p.m., Tuesday, April 12, 2022, at the Hale’s Memorial Chapel in Davis, with the Reverends Allen Dorries and Ruby Nell York officiating. Interment followed at Green Hill Cemetery in Davis.
Serving as pallbearers were Lincoln Sadler, Jody Gilliland, Jeremy Gilliland and Scott Gibson.
Online condolences can be offered at halesfuneralhomes.com.
Services are “entrusted to” Hale’s Funeral Home, Davis.