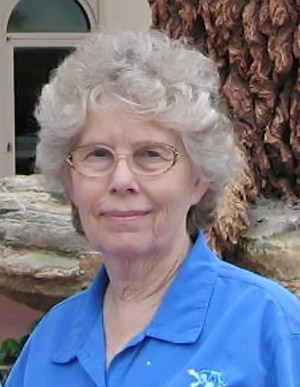 Funeral services for Ruth Olene Lee, of Davis, will be held at 11 a.m., Thursday, April 14, 2022, at Hale’s Memorial Chapel in Sulphur, with Pastor Bill Leveridge officiating. Interment will follow at Oaklawn Cemetery in Sulphur.
Ruth, better known as Olene, was born Feb. 10, 1943, in Sulphur, to the late Olen and Ruth (Goosey) Sartain. She passed away on Saturday, April 9, 2022, in Davis, at the age of 79. Olene and George Melvin Lee were married on April 25, 1959, in Ardmore. He preceded her in death on March 26, 2021. From this marriage were born three children, Rodney, Barbara and Gary.
Olene grew up in the Oak Grove area, attending school there, as well as in Hickory. She devoted her life to her beloved family. She worked extremely hard to provide the best homelife for her three children that she could, all while assisting George operate the family-owned dairy.
Olene was known to be an exceptional cook. Her life as a loving mother spilled over into the lives of her grandchildren. She was very active with her grandchildren, always making sure they were loved, cared for and where they needed to be. Olene spent her life making sure everyone knew they were loved. Prior to failing health, she and George were very faithful and active members of the Immanuel Baptist Church of Davis.
Survivors include her three children, son, Rodney Lee and wife Marilyn of Winnsboro, Texas, daughter, Barbara North and husband George of Sulphur, and son, Gary Lee of Wynnewood: and one sister, Wanda Meador and husband Jack of Wynnewood. She was a wonderful grandmother to her seven grandchildren, and fifteen great-grandchildren, with the sixteenth great arriving soon.
In addition to her parents and husband, Olene was preceded in death by one brother, Raymond “Ray” Sartain.
Services are entrusted to Hale’s Funeral Home of Sulphur.
Online condolences may be offered at halesfuneralhomes.com.