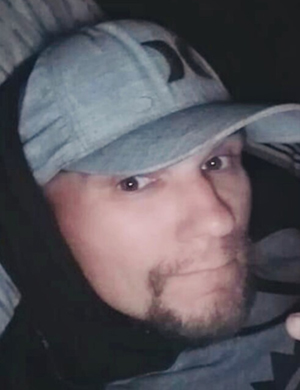 Brandon Keith Stehr passed away peacefully at his home in Wynnewood at the age of 38 years, 2 months and 15 days. He was born to the late Brian Stehr and Jodie (Young) Stehr on Jan. 30, 1984, in Ada.
Brandon spent most of his life in Wilson and Sulphur and attended school in Wilson and Davis. As an adult, he worked in construction. He was good with his hands and could do most anything. Brandon was a good painter and also did concrete work. He was known as a “jack of all trades” in the construction field.
Brandon loved fishing, especially with his Uncle JJ. He loved spending time outdoors and enjoyed working out. Brandon loved to drive fast and definitely passed this loved down to his younger brother, Andrew.
Brandon is preceded in death by his father, Brian Stehr; grandparents, Dorothy Young and Don and Mary Stehr.
He is survived by his mother Jodie Este of Davis; brother, Andrew Nipp of Wynnewood; sister, Anrea (Nipp) Hartwell and husband Justin of Ardmore; uncle, JJ Young of Sulphur; cousin, Rob Branch of Wilson, who he thought of as a brother; grandfather, Gene Nipp; and aunts, Judy Stehr of Davis and Tammy Danker of Texas.
Brandon is also survived by numerous other family members and friends.
Funeral services to honor and celebrate Brandon’s life were held Tuesday, April 19 at 2 p.m. at the Hartwell Funeral Home Chapel in Tishomingo.