By Jeff Mapes
It took the Davis baseball team three games at Alva, an overnight stay in northwestern Oklahoma and a four-hour bus ride just to get there, but the Wolves returned home as Class 3A Bi-Regional 10 Tournament champions.
Davis defeated the Goldbugs two games-to-one to advance to this week’s Regional Tournament. The Wolves play at Metro Christian in Tulsa against the host team May 5 at 11 a.m.
“We played well,” said head coach Chance Linville. “It’s hard to travel four hours and then go play baseball. The kids handled it well.”
Davis 16, Alva 8
In the first game of a doubleheader played April 28, the Wolves jumped out to a 3-1 lead in the first inning. Gavin Moore hit an RBI-single and Jeston Idleman hit a 2-run double.
Alva hit a solo homerun with two outs in the bottom of the first.
Davis took a commanding lead in the second with seven runs on seven hits. The Wolves sent 13 men to the plate and left the bases loaded.
Moore, Jake Parker and Brenden Rawls all hit RBI singles in the inning. Idleman and Dawson Fetty belted RBI doubles and Lane Rawls added a 2-run double to the scoring.
The Wolves scored three runs in the third and led 13-1. Moore led off with his first of two homeruns on the day. The senior went 4-5 with 4 RBIs and a run scored.
Moore started on the mound and worked two innings in Game 1. He faced nine batters and allowed one run on two hits while striking out four.
Alva cut the lead in the third with three runs off Davis reliever Raydyn Amos. The Wolves led 13-4 following a bases-loaded walk and two RBI singles.
Davis scored again in the fourth with three runs on four hits and led 16-4. Moore and Lane Rawls hit RBI-singles and Idleman posted his third double of the game scoring one.
Alva scored a run in the fifth and one more in the seventh.
The Wolves recorded 21 hits, including eight extra-base hits. Lane Rawls and Brenden Rawls both went 3-5 and combined for four RBIs and four runs scored.
Cody Caraway went 3-6 and scored three runs. Idleman was 3-4 with four RBIs and two runs scored.
Amos worked three innings in relief and allowed six runs on five hits while striking out five. The senior walked five.
Freshmen Luke Linville and Quaid Martin pitched in the late innings to finish the game.
Alva 5, Davis 2
Alva answered in the second game of the doubleheader, beating the Wolves to force a third contest.
Since he only worked the first two innings of the first game, Gavin Moore made his second start of the day.
Alva scored a run against the Wolves’ righthander for a 1-0 lead. There were two hits and a Davis error in the frame.
The Wolves tied the score at 1-1 with a run in the second. Dawson Fetty hit an RBI-double with two outs.
Alva took the lead for good in third with two runs on one hit. There were two walks and one wild pitch.
Davis’ only other run came in the fourth when Moore hit his second homerun of the day. He went 2-3 in the second game with an RBI and one run scored.
Moore left the mound with one out in the fifth. He allowed four runs on five hits, walked three and struck out six.
Trey Melton relieved Moore and surrendered a run on four hits, two walks while striking out two.
Lane Rawls was 3-4 with a run scored. Fetty went 2-3 and an RBI. Jake Parker was 2-4 against the Goldbugs.
Davis 18, Alva 8 (6innings)
The two teams returned to the diamond April 29 for the deciding game. Alva jumped out to a 3-0 lead in the second off two hits and three walks.
The lead was short-lived, though. Davis scored seven runs in its half of the second on four hits. There were also a hit-batter, three walks, a passed ball and a wild pitch. The Wolves sent 11 batters to the plate and led 7-3.
Alva scored two runs in the third, but again, Davis responded with a run in the third. Luke Linville scored on a bases-loaded passed ball, giving the Wolves an 8-5 cushion.
Linville pitched for the Wolves and worked three innings. He allowed five runs on seven hits and seven walks.
Alva scored a run in the fourth against reliever Quaid Martin on a bases-loaded walk.
The Wolves again answered with three runs in the fourth for an 11-6 margin. Linville hit an RBI-single and Raydyn Amos hit a 2-run double.
Alva trailed 11-8 after scoring a run in the fifth and one in the sixth. Davis iced the game in the sixth with seven runs on four hits.
There was a walk, two Alva errors and a hit-batter. Spencer Clinton delivered a pinch-hit 2-run single, Linville slapped an RBI-single and Amos finished off the Goldbugs with a 2-run double.
Amos was 4-5 with five RBIs and two runs scored. Linville went 3-5 with two RBIs and scored three runs. Caraway was 2-5 with an RBI and a run scored. Clinton, who had been out with an injury, returned to go 2-3 with two RBIs and and two runs scored.
In relief, Martin pitched three innings and allowed two runs on two hits, three walks while striking out one. 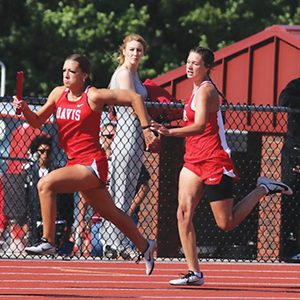