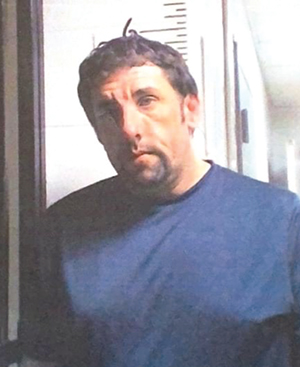 The Oklahoma State Bureau of Investigation, the Oklahoma Bureau of Narcotics and the Murray County Sheriff’s Office executed a search warrant at a residence located in Sulphur on the 800 block of West 16th Street, for Keith Dashti on May12. Dashti, 38, of Sulphur, has been charged in the District Court of Murray County for aggravated possession of child pornography and violation of the computer crimes act. Dashti has been issued a $500,000 bond through the District Court.
The OSBI ICAC Task Force received a cyber tip from the National Center for Missing and Exploited Children (NCMEC) regarding the uploading of child pornography on a web-based storage platform. NCMEC determined the IP address associated with the storage platform was located in Sulphur.
NCMEC forwarded three additional cybertips to the OSBI ICAC Task Force that were linked through the same IP address, which belonged to Dashti.
Lawmen were able to secure electronic devices from the residence and OSBI immediately downloaded the devices. Once the all-electronic devices were downloaded and interviews conducted. Agents with OSBI formed probable cause that Dashti was in possession of child pornography and he was arrested.
The Murray County Sheriff’s Office and the Oklahoma Bureau of Narcotics & Dangerous Drugs (OBNDD) assisted with the investigation.

According to Sheriff Rogers, deputies witness numerous horrible events in the process of their job, but some of the evidence recovered from the residence shocked the conscience of the most experienced lawmen on scene. Sheriff Rogers continued by saying, “the Murray County Sheriff’s Office has formed a strong relationship with the other state agencies to keep our community safe. This ability to work with these agencies has helped build bigger cases that no doubt greatly impacted the local crime rate. The Murray County Sheriff’s Office will help and/or take help from any agency for the betterment of the citizens of Murray County.”
If you suspect a child is being sexually exploited, contact the National Center for Missing and Exploited Children at 1-800-THE-LOST or www.cybertipline.com.
A deputy from the Murray County Sheriff’s Office ended a dangerous pursuit before it entered the City of Sulphur on May 12.
Deputy Mike Woods was notified by Murray County Dispatch of a pursuit in Garvin County that was heading toward Murray County on Highway 177. Garvin County Deputies said the pursuit suspect was at speeds near 120 mph while traveling south on Highway 177.
Deputy Woods headed north of Sulphur on Highway 177 with plans to deploy “stop sticks” to keep the vehicle from entering the city limits of Sulphur. Deputy Woods found a location north of Oaklawn Road on Highway 177 where he could deploy the stop sticks. Soon, the vehicle approached Deputy Woods’ location from the north, where the stop sticks did their job. Deputy Woods said the vehicle continued south but eventually crashed near the Turnpike.
The driver, Charles A. Jackson, exited the vehicle and fled into a wooded area. Deputy Woods tracked and located Jackson in a wooded area. Jackson and was taken to Garvin County and processed into the jail. Local lawmen learned the pursuit started in Asher when officers attempted to stop the vehicle for a speed violation.
According to Sheriff Darin Rogers, we are fortunate the pursuit was ended in the county before it entered the busy streets of Sulphur. Sheriff Rogers also said that Sulphur officers were on the outskirts of town ready to deploy stop sticks, too. Local lawmen were not going to let this dangerous pursuit enter Sulphur. 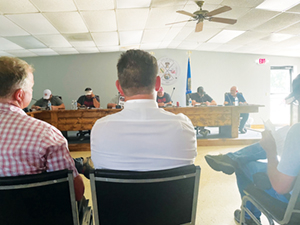