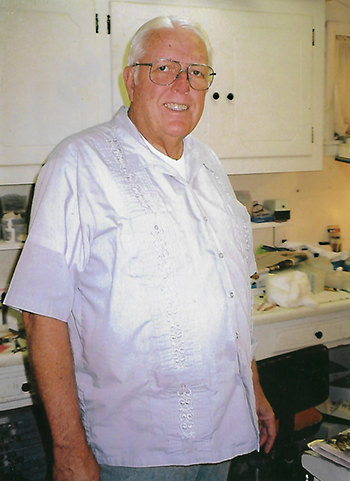 Bill Don Melton – Shuffleboard legend, tooth maker, husband, father and friend has passed away. Bill was born On Oct. 30, 1935, around St. Louis, Okla., in a one room shack. Bill passed away in his home surrounded by his family on June 29, 2022, in Davis, Okla.
Bill graduated from Macomb School in 1955. After high school, Bill served honorably in the United States Army.
Bill moved to Davis in the 1960’s and opened Melton Dental Laboratories where he made dentures. He successfully operated the dental lab in the city of Davis for more than sixty years. Matt Melton, who worked with his dad for years, took over operations of the dental lab in 2019.
Bill learned how to play shuffleboard when he was 12 years old. He loved and credited Pete Polk with teaching him to play shuffleboard. In 1997, Bill was inducted into the Shuffleboard Hall of Fame. His induction materials read, “It wasn’t strictly the long list of achievements on the boards that earned Bill that honor. It was, first of all, his unquestionable integrity. Any time Bill’s name was listed as a contact person, players felt confident that such tournaments deserved their participation and the game grew.” In 1996, the Shuffleboard Federation presented Bill with the Sol Lipkin Award, the Shuffleboard Federation’s highest honor, for being “one of our sport’s greatest players and promoters of the game.”
Bill won The North American Championship six times (Bill and Daryl Nelson are tied with six wins each) Bill was the most prolific winner in the history of the game. The Williams/Melton shuffleboard Tournament is held each year on President’s Day in Fort Worth, Texas. David Williams was Bill’s best friend and doubles partner for years.
Shuffleboard players loved Bill and his family. Bill referred to the players as his second family. Recently, when Bill’s son Billy was inducted into the Shuffleboard Hall of Fame, Bill entered the room and applause broke out. It was a touching moment for Bill and his family. It was the competition and the people of the game Bill loved so much.
The family would like to say a special thank you to everyone in the shuffleboard community for being a part of our lives all these years. The love, respect and kindness shown by each of you are memories we will always cherish.
Bill often bragged he won his wife, Rozana, in a shuffleboard game. He had beaten Marshall Hanson out of all his cash and Marshall had to call his niece to bring his checkbook. Rozana delivered Marshall’s check book and ultimately, Bill agreed to tear up Marshall’s check in exchange for Rozana’s telephone number. Three months later, in April of 1970 Bill and Rozana married in Joplin, Mo. Together, there were eight kids and usually others. The house was always open for any kid who needed a bed or a meal. Bill and Rozana loved to entertain. Over the years they had some incredible parties. Their home was always full of people and fun.
Bill was appointed to the Davis City Council on Sept. 12, 1983, and served proudly until Aug. 1, 1988. He loved playing basketball – there were epic basketball games at the court at the Melton home. Bill showed no mercy. Bill loved to catch and eat fish – if you ever fished with Bill, you will never forget him setting a hook. If you ever ate fish with Bill, you would never forget how much he could eat. He was a proud Democrat – he believed in equal rights. Bill loved to gamble. He has historically gambled on T-ball games, foot races, free-throw contests, chickens, coin-flips, cards, shuffleboard, pool and about any other thing he thought he could win at. Make no mistake, Bill possessed the confidence and the belief he would win most things he gambled on.
He was humble and kind. He was man born to a teenage mother in 1935, dirt poor as a kid who never forgot what that was like. When informed of his diagnosis and impending outcome Bill said “I have had an incredible life . . . . I have done everything I have ever wanted to do . . . . And just think where mother and I started.”
Well done, Bill Melton, well done.
Bill is survived by his wife, Rozana Melton, of Davis; children, Lisa Garrison and husband, Jim of Sulphur; Robin McElhaney and husband Rick, of Oklahoma City; Kyle Ingram of Tulsa; Billy Melton, of Davis; Matt Melton, of Davis; Mitch Melton and wife Sara of Davis; Mark Melton and wife Jennie of Davis; and grandchildren: Neil Melton and wife Kendra; Megan McElhaney and husband Forrest; Ana Rose Morris and husband Rob; Drew Melton; Dylan Melton; Parker Melton; Trey Melton; Max Melton; Lydia Melton; Bijoux Melton; and Tiger Ingram.
Bill was preceded in death by his mother, Rena Bray Cole; his brother Mark Cole; his son, Mike Melton; and grandson, Tony Bennett.
Graveside memorial services will be held on Friday, July 8, 2022, at 10 a.m. at the Romulus Cemetery, Romulus, Okla. Family and friends are welcome to attend.
Services were “Entrusted To” Hale’s Funeral Home of Davis.
Online condolences can be offered at halesfuneralhomes.com 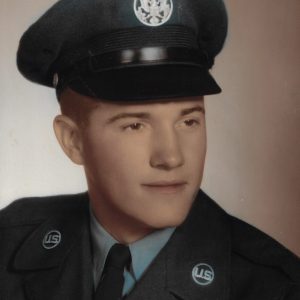