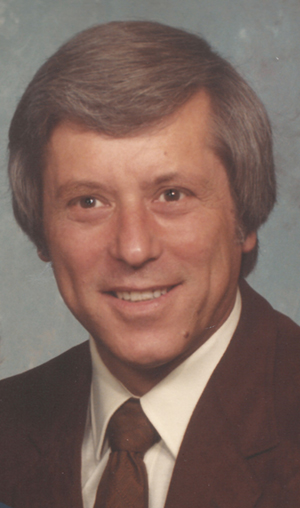 • William Gene “Bill” Mayo, 88, passed away Saturday, July 2, 2022, at Mercy Hospital in Ardmore, Okla., surrounded by his family. Bill was born on May 11, 1934, to George Washington Mayo and Lorene (Brown) Mayo in Oklahoma City, Okla. He moved with his grandmother, Willie Bowers, to Sulphur, Okla., in 1948 and graduated Sulphur High School with the class of 1952.
Bill was an outstanding salesman and entrepreneur throughout his life. He began his career with the company Standard Brands, gaining promotions that moved him all over the South and Midwest. After 20 years, he purchased La Siesta Foods, a Mexican food manufacturing company in Topeka, Kan. In 1978, he returned to Sulphur to open Mayo’s Office Supply and Christian Bookstore. Soon after, Bill and his son, Neil Mayo, built and developed the television station KOKT TV7, which brought local news, sports coverage and UPN programming to Murray County. Next, Bill opened a restaurant on Davis’ Main Street called Bill’s Smokehouse Barbecue. Following many successful years, he sold the restaurant, and began selling food concession trailers.
Throughout his life, he was involved with the Kiwanis organization. During his local telethons, he raised tens of thousands of dollars for the Muscular Dystrophy Association. Bill was also choir director for the First Christian Church of Sulphur, where he produced musicals and cantatas.
He also had a deep love for his family. Bill was the father of four children – Mike Mayo, Beverly Mann of Shawnee, Kan., Phillip Mayo, and Neil Mayo of Sulphur. He married Julia Flowers in 1999 and welcomed many stepchildren into the family. He was predeceased by his sons Mike and Phillip, and his step-children Sandy and Terry Flowers. He is survived by his wife, Julia Mayo of Sulphur; his half-brother Rahe Mayo of Colorado Springs, Colo.; his daughter Beverly and son Neil; and his step-daughter Kathy Flowers of Sulphur and Fredda Mester of Durant, Okla. His grandchildren include Lauren Dillard of Navarre, Fla., Ashley Ratzlaff of West Des Moines, Iowa, Jeremy Orr of Lexington, Ky., Jason Orr of Lawrence, Kan., Jennifer Mayo of Oklahoma City, Jamie Clark of Ada, Okla., and Korbin and Matthew Mayo of Sulphur. He has two great-grandchildren – Tripp Clark of Ada and Cora Searcey of Oklahoma City. He has eight step-grandchildren, and 18 step great-grandchildren.
Per his request, there will be no memorial service.
Arrangements were “Entrusted To” HALE’S Funeral Home of Sulphur, OK.
Online condolences may be offered at halesfuneralhomes.com.