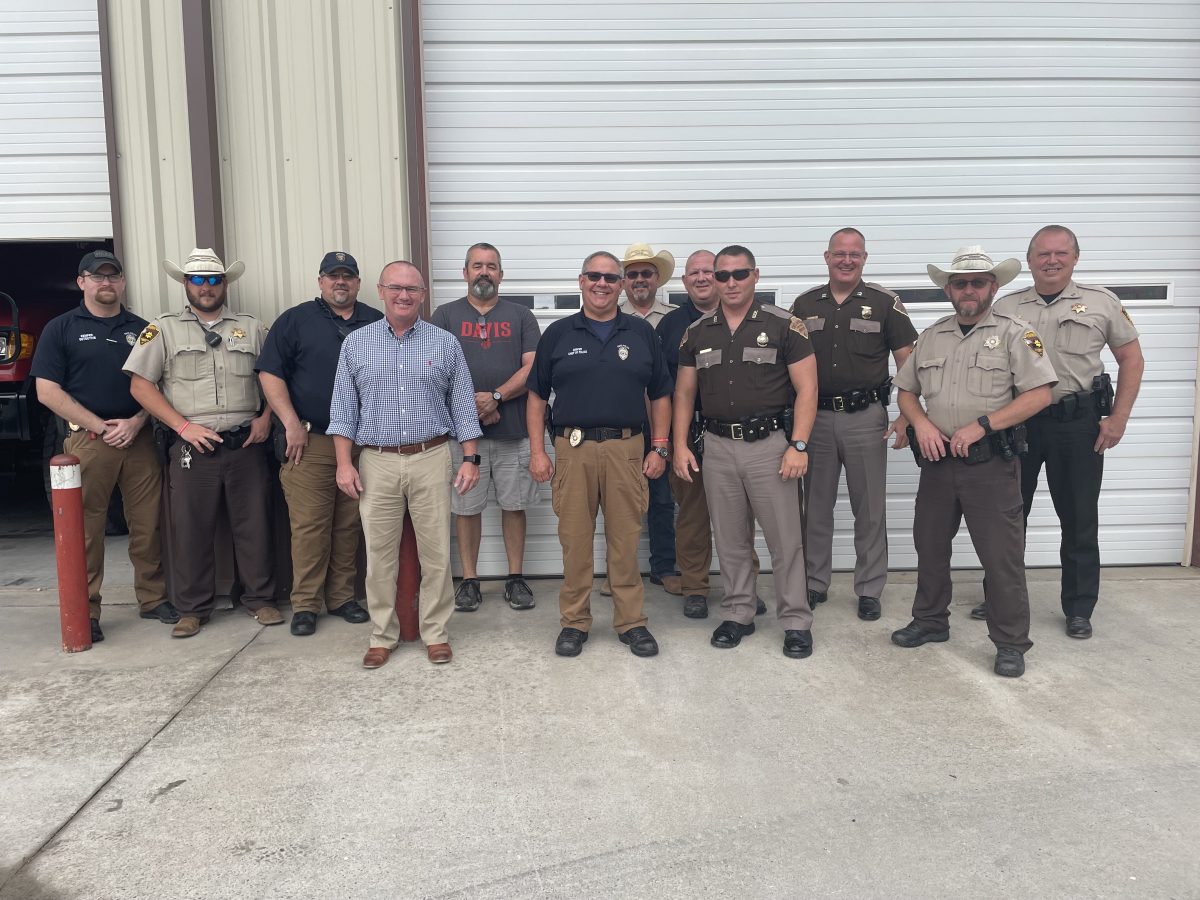 Bus stop safety is on the mind of Davis Public School officials and local law enforcement. Since school is in session, law enforcement agree motorists should be educated about school bus stop safety. Consider this Bus Stop Safety 101 and the Davis Police Department, Murray County Sheriff’s Department, Garvin County Sheriff’s Department and the Oklahoma Highway Patrol (OHP) are your instructors.
The Davis News asks one thing, please remember what you read before you are reading your name in District Court records for running a stop sign on a school bus or worse yet, causing an accident running the stop sign.
Trooper Shelbie Humphrey with the Troop F detachment of OHP was the first to suggest refreshing the minds of motorists with the do’s and don’ts of Bus Stop 101. “You have to educate first,” Humphrey explained. “All we want is compliance.”
Assistant Davis Police Chief Dee Gregory said that coming up with a plan was only going to happen with all local law enforcement coming together. “We had to do this collectively as a group,” Assistant Chief Gregory explained. “Everyone is needed because we lose jurisdiction in certain areas. We have to work together to keep our kids safe.”
Bus Stop 101 Basics
On a two-lane roadway vehicles traveling in both directions must stop when a school bus has come to a stop with its stop sign out.
On a mutli-lane paved across roadway vehicles traveling in both directions must stop when a school bus has come to a stop with its stop sign out.
On a divided highway vehicles behind the bus must stop. Vehicles traveling in the opposite direction must proceed with caution.
Problem Areas
Bus routes with problems for Davis Public Schools include the Main Street Route to Tenth Street and Highway 77 South. In the past, the bus stop for Hennepin students has been a problem.
Davis Police Officers and OHP cover the Main Street Route. The Murray County Sheriff’s Department, OHP and Davis Police officers cover Highway 77 South. The Garvin County Sheriff’s Office will assist in covering the Hennepin bus route for Davis students.
All Davis buses are equipped with radios for drivers to communicate with school staff. School Superintendent Mark Moring is looking into the cost and possibility of equipping all buses with stop arm cameras.
Kevin Birch, Davis Public Schools Transportation Director said that oncoming traffic not stopping is the problem for bus drivers. Burch said that the bus he drives has almost been ran over 4 times by drivers not paying attention. Birch has taken additional measures to ensure the safety of Davis students by eliminating as many stops as possible where students cross the roadway in front of a bus.
Penalities
Motorists violating the rules of the road for meeting or overtaking stopped school bus are subject to penalties laid out in Title 47. Motor Vehicles. §47-11-705. Meeting or overtaking stopped school bus – Violation and penalty – Reporting violations.
Any driver convicted of not stopping for a stopped school bus with the stop sign extended “shall be punished by a fine of not less than $100.
If the driver of a school bus witnesses a violation of someone driving past a stopped school bus with an extended stop sign within 24 hours of the alleged offense, the school bus driver shall report the violation, the vehicle color, license tag number and the time and place such violation occurred to the law enforcement authority of the municipality where the violation occurred. The law enforcement authority of a municipality shall issue a letter of warning on the alleged violation to the person in whose name the vehicle is registered.
The Office of the Attorney General shall provide a form letter to each municipal law enforcement agency in this state for the issuance of the warning provided for in this subsection. Such form letter shall be used by each such law enforcement agency in the exact form provided for by the Office of the Attorney General.
Under the Department of Public Safety’s website a driver convicted of violating these rules will have their license suspended by the Department of Public Safety for 1 year. Harsher penalties apply for additional convictions for this offense.
Consider this your chance to brush up on the rules. If problems persist, local law enforcement will be out in force to put a stop to breaking a simple rule that keeps Davis students safe.
The Davis Police Department, Murray County Sheriff’s Department, Garvin County Sheriff’s Department, OHP and Davis Public Schools will continue educating the public regarding this topic weekly in The Davis News and on their respective social media pages through the end of September. 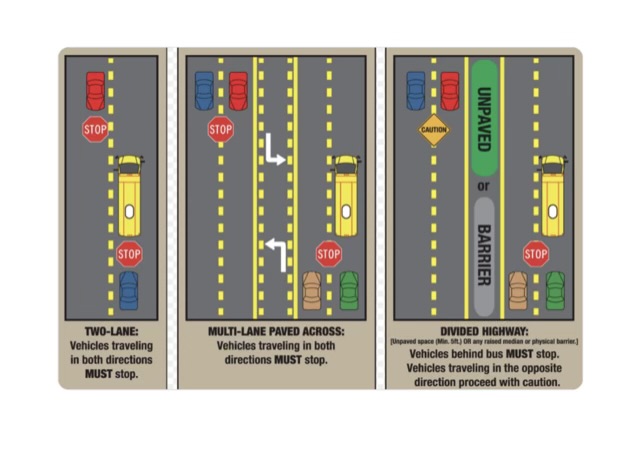 Council and School Board Recap