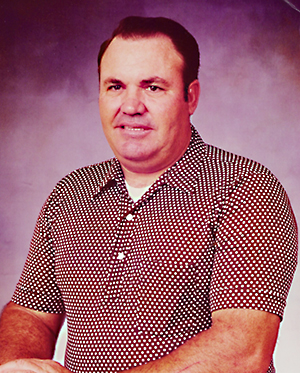 •Raymond Alvin Lee was born Aug. 23, 1935, in Davis, to the late Henry David and Vernie (Knight) Lee. He died on Friday, Aug. 26, 2022, in Shawnee, at the age of 87 years and 3 days.
Raymond grew up in Murray County, graduating from Sulphur High School, Class of 1954. Following high school, Raymond earned a scholarship to play football at Arkansas Polytechnical College. It was while in Arkansas that he left college and married Shirley Ann Williams. From this marriage were born four children, Sherry, Terry, Mark and Tony. He later married the former Ms. Mary Russell, and then the former Ms. Delores Ann (Durham) Ashford, who preceded him in death on May 10, 2022.
Raymond spent many years working for United States Department of Agriculture/Natural Resources Conservation Service in both Oklahoma and Texas. He began his career in surveying and retired in 2007 as a Construction Inspector. In addition to the USDA, Raymond also worked for Bob Bruce Trucking, Sooner Rock and Sand, M&E Construction and Tipton Construction.
Raymond was an accomplished fiddle and harmonica player. He spent over 20 years as a member of the Country High Band. He cherished his time with the band and enjoyed every moment of performing. Raymond was an avid sports fan, especially OU football. Each week during football season, he and Delores faithfully entered the weekly newspaper challenge, predicting scores of area high school and college football games. Several times, their predictions allowed them to win the weekly challenge. Other hobbies that he enjoyed included playing golf, hunting and trying his luck at area casinos and lottery scratch offs.
Survivors include two daughters, Sherry Yvonne Brown and husband Terry, and Terry Dawn Heskett, both of Sulphur; one son, Tony Ray Lee and wife Karen of Lone Wolf, Okla.; three step-daughters, Debbie Earsom and husband Arthur of Dougherty, Cherita Green and husband Bryant of Little Elm, Texas, and Paulette Pankrantz of Colorado; several grandchildren and great-children; three siblings, Betty Runyan, Monroe Lee and wife Jan, and Bob Lee and wife Angie, all of Sulphur; sister-in-law, Omegia Lee of Davis; as well as a host of nieces, nephews and cousins.
In addition to his parents and wife Delores, Raymond was preceded in death by one son, Mark Bryan Lee; one sister, Allene Blackburn; and three brothers, JB Lee, Tuffy Lee and George Lee and wife Olene.
Viewing and visitation for family and friends be held Tuesday evening, Aug. 30, 2022, from 5-7 p.m., at Hale’s Funeral Home in Davis.
Services were “Entrusted To” HALE’S Funeral Home of Davis, OK.
On-line condolences may be offered at halesfuneralhomes.com.