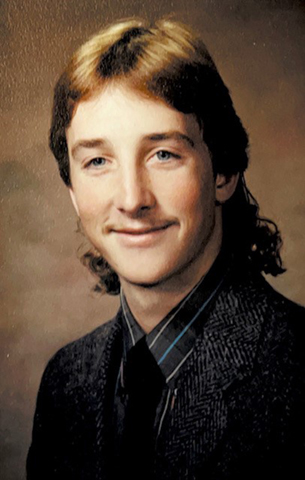 • Eric Todd Whitfield, better known by family and friends as Todd, was born May 29, 1968, in Ada, to Gary Glenn and Shelia Ann (Green) Joiner. He died on Friday, Dec. 30, 2022, in Ardmore, at the age of 54 years, 7 months and 1 day.
Todd grew up in Calvin. Following his 1987 graduation from Calvin High School, he continued his education at Southeastern University in Durant. After college, Todd moved to the Davis/Sulphur areas, where he spent several years working as a framer/roofer in the residential construction industry.
For much of Todd’s life, he battled diabetes, which ultimately forced him to live the final 8+ years of his life in long term care facilities. Prior to failing health, Todd enjoyed riding motorcycles, snowboarding, hunting and fishing. Although his final years of life were plagued with the inability to enjoy his outdoor hobbies, he was still able to listen to music, and most importantly, spend time with his beloved daughter, Katy.
Todd is survived by his daughter, Kathryn “Katy” Whitfield, of Edmond; his mother, Shelia Brown of Sulphur; and his four siblings, Lori Roy and husband Tim of Sulphur, David Whitfield of Sulphur, Anthony Joiner of Norman, and Timothy Joiner and wife Kelly of Moore.
Todd was preceded in death by his maternal grandparents, Richard and Velma Green; his father and stepmother, Gary and Phyllis Joiner; adoptive father, Buck Whitfield; and stepfather, Steve Brown.
A celebration of Todd’s life was held at 4 p.m., Saturday, Jan. 7, 2023, at the CD Brown Training Center, in Sulphur.
Online condolences may be offered at halesfuneralhomes.com.
Services were entrusted to HALE’S FUNERAL HOME, SULPHUR.