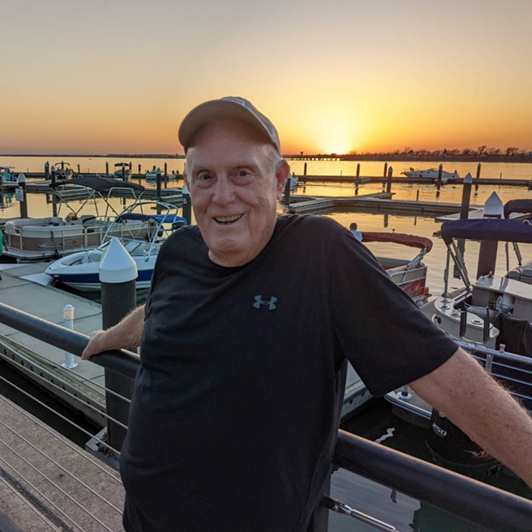 • Guy Aaron, 83, of Davis passed away in Nong Khaem, Thailand on Jan. 3, 2023. The only son of Mary Whitaker Aaron and Alfred J. Aaron, he is survived by his wife Rachanee Charunun of Davis, two daughters Lori Aaron-Brija of Dallas, Texas, and Kristen Aaron of Houston, Texas, two stepdaughters Pattaranan Overton of Rockwall, Texas, and Napat Kiatsakdawong of Houston, Texas, and sisters Eve Putman of Springer, and Casey Wood of Conroe, Texas.
Guy was born in Cement, Okla., in 1939 and attended high school in Arkansas where he went on to play college football for the Arkansas Razorbacks and was president of Sigma Phi Epsilon fraternity. From there he served in the United States Army where he was stationed in South Korea.
Guy enjoyed a long and successful career in sales and was known to be outgoing with an infectious smile and great sense of humor that could often bring you to tears. In retirement he prized traveling and explored throughout Asia where he enjoyed spending several months of the year. He always loved coming back to Davis where he was at home on his land relaxing or riding his tractor. He was a true presence in any room and loved to entertain with his phenomenal cooking and fun conversation. He will be remembered as a loving husband and devoted father and stepfather.
Guy will be interred in the family plot at Green Hill Cemetery in Davis. There will be a small memorial service at Hale’s Funeral Home in Davis on Friday, Jan. 13, 2023, at 3 p.m. for anyone who would like to attend.
Online condolences may be offered at halesfuneralhomes.com.