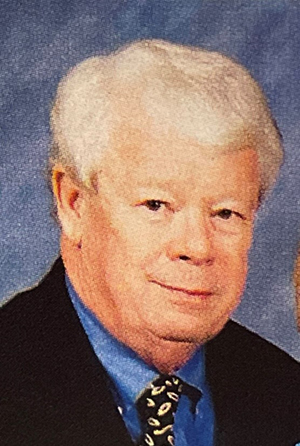 •Joe Ben Pirkle was born Aug. 10, 1943, in Wynnewood, to the late Thurmond Benjamin and Madiline (Martin) Pirkle. He died on Sunday, Jan. 15, 2023, in Durant, at the age of 79 years, 5 months and 4 days.
As a child and young teen, Joe made his home is various places, due to his father’s military service. After graduating from high school in 1961 at Blaine Washington, Joe earned a bachelor’s degree from the University of Oklahoma, and later a master’s degree from the University of Missouri.
After college, Joe began working for the McDonnell Douglas Aerospace Company, retiring in 1993, as the companies CFO. While employed with McDonnell Douglas, Joe was responsible for the completion and delivery of the MD111 plane all over the world.
Joe had a rather dry sense of humor, which often left people wondering if he was serious or simply joking. He enjoyed aggravating his close friends just to see them stirred up. In younger years, Joe was an avid hunter and fisherman. His hunting and fishing trips took him to numerous places around the world. After retiring and moving back to Davis in 1993, Joe enjoyed raising cattle and spending time with friends at area restaurants.
Survivors include one son, Andrew Benjamin Pirkle and wife Sharon of Monterey Park, Calif.; one daughter, Sarah Jo (Pirkle) Manley and husband James of Kansas City, Mo.; four grandchildren, Mollie Pirkle, Harper Manley, May Manley and Sloan Manley; close friend and the mother of his children, Carolyn Pirkle; as well as his best friend and running buddy, Bob Drake and his family.
Memorial services will be held 2 p.m., Friday, Jan. 27, 2023, at the Shepard of the Hills Presbyterian Church in Sulphur, with Dr. David George officiating.
Serving as honorary pallbearers will be Bob Drake, Tabby Drake, Joe Tom Drake, Whitney Drake, Nancy Drake, Whitman Drake, Kelly Owens, Leslie Ayers, Bill Chapman and Johnnie Crutchfield.
Services are “entrusted to” HALE’S FUNERAL HOME, DAVIS.
Online condolences may be offered at www.halesfuneralhomes.com.