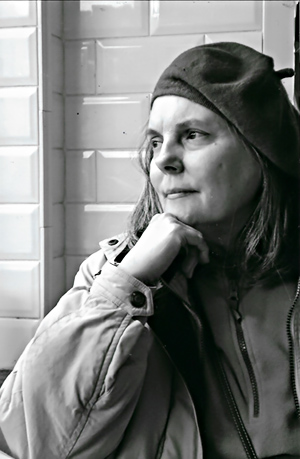 Ethel Marie (Moody) Chaffin was born in Hamblen County, Tenn., on Aug. 12, 1946, the daughter of Paul Taylor Moody Sr. and Helen Jane (Crippen) Moody. She went to be with her Lord and Savior, Jesus Christ, on Feb. 2, 2022. Ethel was raised in Morristown, Tenn., by her grandmother, Dora Moody, and her father. She graduated from Morristown High School in 1964, where she was an outstanding Latin student. She attended Lincoln Memorial University in Harrogate, Tenn., and graduated in 1968 with a BA degree in English and French. She taught high school students in Orange Park, Fla., before enrolling in the English MA program at the University of Arkansas in Fayetteville where she taught as a graduate assistant. Following graduation, she taught high school English in Foreman, Ark.
She met Bill Chaffin at the University of Arkansas in 1971 and they were married in Foreman on May 22, 1973. Ethel then joined the English faculty at Southern State College in Magnolia, Ark. After moving to and living in Oklahoma City for four years, where Bill attended law school, Ethel and Bill moved to Davis in 1978, where they raised their children.
Ethel is survived by Bill, her husband of the home; her sons, John Chaffin of Davis, and David Chaffin of Oklahoma City; her brothers, Paul Taylor Moody Jr. of Butte, Mont., and Carey Moody, of San Antonio, Texas; her sisters, Claire Poort and Linda Pyard of Michigan; and other family members.
She was preceded in death by her parents; grandparents; her sister, Julie Ann Moody Bare; her “Aunta” Beulah McGinnis; and other relatives.
Ethel was proud of her Eastern Tennessee heritage. She had a special affection for her grandmother, Dora Moody, who took Ethel as an infant into her home and raised Ethel as her daughter. Ethel spoke with deep devotion to her grandmother, quoting her words, re-telling her stories, and encouraging her family to emulate the love and wisdom of her grandmother.
Ethel was loving, independent, strong, loyal and old-fashioned. She read and studied the Bible daily. She was a member of the First Baptist Church of Davis, where she taught Sunday school for many years.
At her death, Ethel was at spiritual peace, secure in her faith in Jesus Christ. She told her family of a recent, vivid dream in which she saw her grandmother, her sister, and her “Aunta” Beulah, meeting Ethel at the gates of Heaven, greeting and welcoming her to God’s Kingdom with laughter and joy. Ethel had come home.
“Her children arise up, and call her blessed; her husband also, and he praiseth her.” – Proverbs 31:28
Funeral services will be at 10 a.m., Wednesday, Feb. 9, 2022, at the First Baptist Church in Davis with Pastor David Brooks officiating. Interment will follow at Oaklawn Cemetery in Sulphur.
The family will receive friends Tuesday evening, Feb. 8, 2022, at Hale’s Funeral Home in Davis.
Online condolences may be offered at halesfuneralhomes.com.
Services are “Entrusted To” HALE’S Funeral Home of Davis, OK