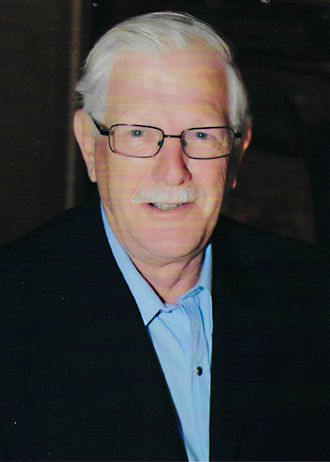 Graveside services, with military honors, for Daniel Max Schevers will be held at 2 p.m., Monday, Feb. 21, 2022, at the Hopping Cemetery in Wayne.
Daniel was born Feb. 24, 1947, in Keokuk, Iowa, to the late Francis and Irma (Ellenberg) Schevers. He died on Saturday, Feb. 12, 2022, in Oklahoma City, just 11 days shy of his 75th birthday. Daniel and the former Ms. Cathy Mae Murray were united in marriage on Oct. 25, 1968, in Germany.
Daniel grew up in Keokuk, moving to Davenport, Iowa his senior year of high school. After graduating from Davenport Assumption High School in 1965, he was drafted into the United States Army. While in the Army, Daniel was first stationed in California, prior to being stationed in Germany. After returning from Germany, with only five months remaining in the Army, Daniel was deployed to Vietnam. Following an honorable discharge from the Army on Feb. 5, 1971, he returned to Davenport, where he spent several years working for Nichols Home Shield, prior to working for the John Deere Plow and Planter Company as a machinist. While working at John Deere, poor economy forced major layoffs. During his time of being laid off, he worked for the Quad City Times Newspaper for some 9 years, before returning to John Deere to fulfill 27 years with the company. Following his retirement from John Deere in 2012, Daniel and Cathy made their home in McAllen, Texas. for several years, before settling in Davis in 2020.
Daniel was known to be a jack of all trades. He had a talent of being able to fix just about anything mechanical that was broken. He enjoyed disassembling things to prove to himself he could re-assemble it and make it work again. In his spare time, he enjoyed playing cards, playing computer games, dancing, and working crossword puzzles. Daniel had many enjoyments in life, but the one he cherished most was pampering his beloved wife, Cathy.
Survivors include his wife, Cathy; one son, Daniel Ray Schevers of Davis; daughter, Jennifer Joan Pettit, and husband Jayson of Wisconsin; two grandchildren, Jaxson and Jorrin; five sisters, Carol Bolton, Beverly Miller, Rita Short, Connie Swanson, and Annette Larson; two brothers, Eddie and Paul Schevers; as well as in-laws of 53 years, Ray Murray, Susie Hill, Carl Murray and John Murray.
In addition to his parents, Daniel was preceded in death by his father-in-law Bob Murray; mother-in-law, Dorcie Murray; and sister-in-law, Brenda (Murray) Smith.
Services are “Entrusted To” HALE’S Funeral Home of Davis, OK.
On-line condolences may be offered at halesfuneralhomes.com.