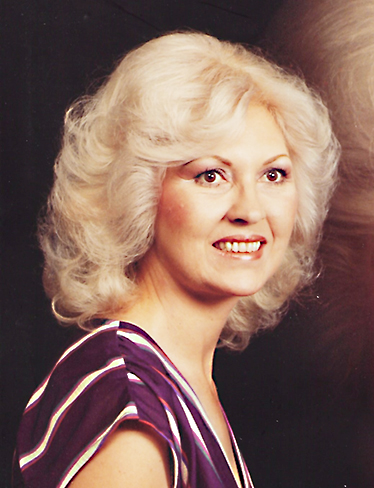 •Funeral services for Dorothy Lee “Dot” Fultz will be held at 2 p.m., Friday, Sept. 2, 2022, at Central Church of Believers, with Pastor Willard McCartney Jr. officiating. Interment will follow at the Dougherty Cemetery. Viewing and visitation for family and friends be held Thursday evening, Sept. 1, 2022, from 6-8 p.m., at Hale’s Funeral Home in Davis.
Dot was born July 31, 1941, in Denver, Colo., to the late Edkar and Bernice (Graves) Manous. She died on Sunday, Aug. 28, 2022, in Warr Acres, Okla., at the age of 81 years and 28 days. Dot and Hubert L. Fultz or “Cucklebur,” were married on Dec. 6, 1961, in Gainesville, Texas. The household was blessed with three children, Anita, Butch and Gwendolyn.
Dot is survived by one daughter, Gwendolyn Wright and husband Steven of Edmond, Okla.; the father of her children, Hubert “Cucklebur” Fultz of Dougherty; three grandchildren and one great-grandson; her three sisters, Kathy Gibbs, Mary Marris, and Helen Dorsch; one brother, Herbert Manous; her companion of fifteen years, Martin Sanders and his daughter Jerusha Hubble; as well as numerous nieces and nephews.
Dot grew up with her sisters and brothers, in Sulphur and Murray County area where she attended school and later worked as a cosmetologist, eventually owning her own beauty shop. In her spare time, she enjoyed growing flowers both indoor and outdoor. An annual highlight was going to the State Fair each year with her family.
Dot’s greatest joy and focus in life were her children and grandchildren. She was a dedicated and loving mother and grandmother. She loved taking her grandchildren on treasure hunts and garage sales looking for special items.
Dot persevered through various health and medical conditions in the last half of her life before laying down her burdens to be welcomed into heaven. In addition to her parents, Dot was preceded in death by one daughter, Anita Faith (Fultz) Donaho; son, Oscar “Butch” Fultz; and one brother, Jerry Tom Manous.
Online condolences may be offered at halesfuneralhomes.com.
Services are “Entrusted To” HALE’S Funeral Home of Davis, OK.